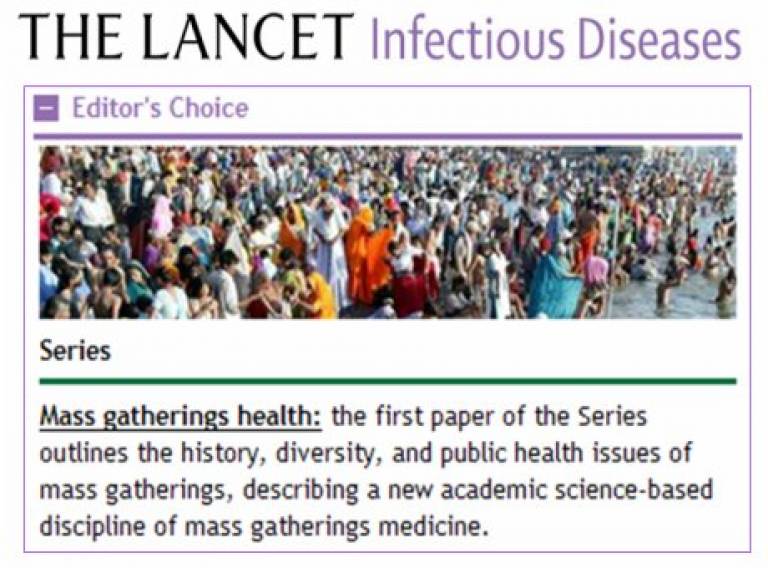 A Bartlett-led interdisciplinary research paper, published in leading medical journal The Lancet, has found crowd simulation technology could be used to prevent the spread of infectious diseases at mass gatherings.

The paper, led by Professor Michael Batty (Bartlett CASA) and Dr Anders Johansson (Honorary Bartlett CASA) was the first in the Lancet Infectious Diseases: Mass Gatherings series, published ahead of the London 2012 Olympic Games. The research reviewed computer models for crowd movement and how they can be used to identify health and safety issues such as the Hajj in Saudi Arabia and Notting Hill Carnival in London.

The team concluded that: “… this method is the way forward in the development of epidemic models that represent local circumstances, but have macroscopic effects. Such models would allow us to test various interventions on a virtual population with a computer and measure their success rates before testing them on real populations, possibly saving both resources and life.”

To read the full article, visit the Lancet website.