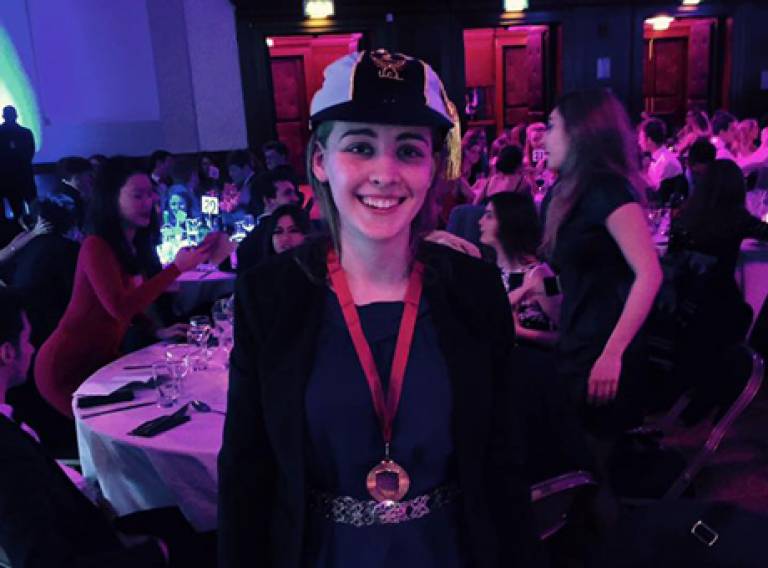 MSc Smart Cities and Urban Analytics student Claire Daniel was named UCL Sportswoman of the Year at the annual UCL sports awards ball held recently. Claire balances her study and love of data analysis with training and competition in the sport of fencing. She is a national representative for her country Australia, competing regularly at senior international events such as world cups and championships. 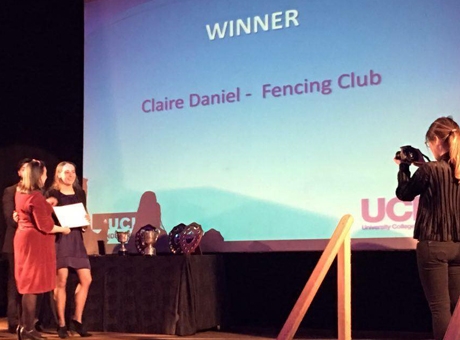 Upon arriving in London to start her studies at CASA, Claire joined the UCLU Fencing Club and was selected as a member of the UCL Women’s Firsts Fencing Team. The team had a successful season in the premier league and capped off their season with a convincing win in their varsity match against King’s College (and some great support on the day from CASA classmates). 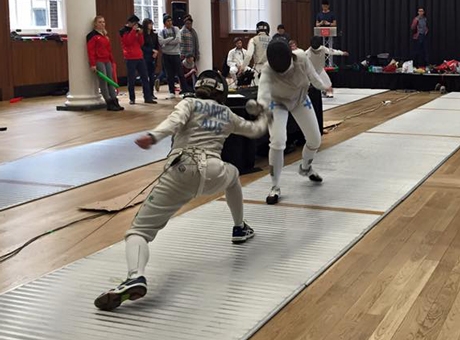 Claire also won a bronze medal at the British Universities and Colleges Sport (BUCS) Individual Championships and has been selected for the English universities team at the student five nations later this year.