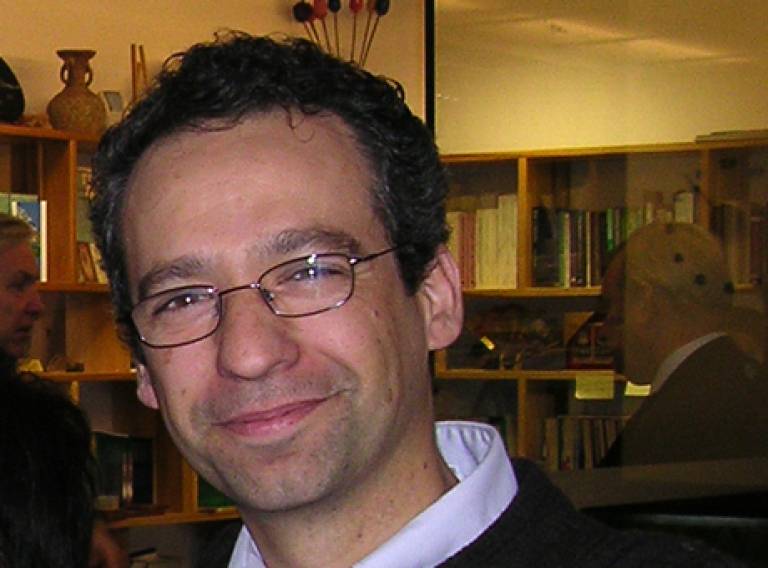 The CASA prize for the 'Best Paper on Spatial Analysis' in memory of Sinesio Alves Junior at the GISRUK 2016 conference was awarded to Kaisa Lahtinen for a paper she co-authored with Chris Brunsdon and Sarah Butt titled "Using Geographically Weighted Regression to Explore Spatial Variation in Survey Behaviour". The picture above shows Dr Adam Dennett presenting the award and £100 Amazon voucher on behalf of CASA to Kaisa at GISRUK 2016 which was held at the Greenwich University between 30th March - 1st April 2016..

CASA has presented this award annually at GISRUK since 2010 in memory of Sinesio Alves Junior (pictured above).  Junior, as he was affectionately known, is a much missed friend who joined CASA in 2001 as a Doctoral Researcher and member of staff.
Previous winners of this prestigious GISRUK award have been:

2015 held at the University of Leeds - Alexandros Alexiou for "The Role of Geographical Context in Building Geodemographic Classifications";

2014 held at the University of Glasgow - Sarah Wise for "Agent Based Modelling and GIS: Exploring our New Tools in a Disaster Context";

2013 held at the University of Liverpool - Dan Olner, Alison Heppenstall and Gordon Mitchell for "Modelling  and  visualising  the  impacts  of  increasing  fuel  costs on  the UK  spatial  economy;