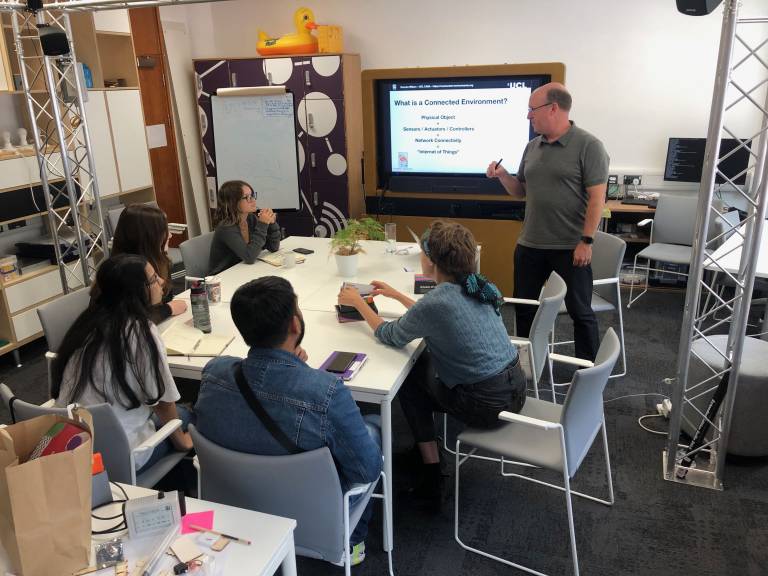 We are delighted to present below a blog by our visiting A-level students who joined us at CASA during August, summarising the work they produced.

Our In2science week placement was at the Centre for Advanced Spatial Analysis at UCL. On the first day, we had an introduction from Jon, our host, who introduced us to the difference between confidence and bragging in our personal statements. We then learnt the importance of transferable skills in the working world. We were then joined by Elsa Arcaute,who spoke to us about complex systems, where we were then introduced to emergent behaviours, fractals, and biomimicry. To sum up our first day, it was clear that architecture and construction is a very broad area of expertise.

On the second day we went on a trip to Brixton, we walked around in the working class areas and viewed a real life description of gentrification which wepreviously learnt about in a passage of a book by Ruth Glass which had helped us conceptualise gentrification. We had also previously viewed a timeline of Brixton’s gentrification from 1993-2022. Personally Iliked this because I was able to get a proper understanding of what gentrification entailed and I could apply this knowledge as we walked through Brixton and saw what the main markers were, and sawthe businesses which didn’t survive. This was reallyshocking.. And it made me feel a lot of feelings because it did not feel like there was much soul and community left in Brixton as it became so business focused and a way to make more money, which is also good but also bad, overall it was eye opening in a lot of ways helping us understand what is happening to us real time due to gentrification. We were still able to feel a sense of the Afro-Caribbean culture ingrained from the windrush movement which was nice. We also discussed the signs in the debrief. For example markers included yoga studios, bagel shops, bubble tea shops, many cafesandmore niche stores. We also saw shops that resisted gentrification that were in the market and saw the stark differences between that and the more modern newly built stores that came as a product of gentrification in Brixton. On day 3, we did coding with QGIS and made our own map to see the different house prices in different boroughs of London from 2001 to 2011 of gentrification in Brixton. Rohsan and Tamzid made the best map out of everyone. We also dealt with complex graphs such as how they can mislead us into believing them and how the median value of the data isn’t affected by a really low value however the mean of the data is. The image on the right depicts what we did with QGIS and how we used it to see price changes within London. 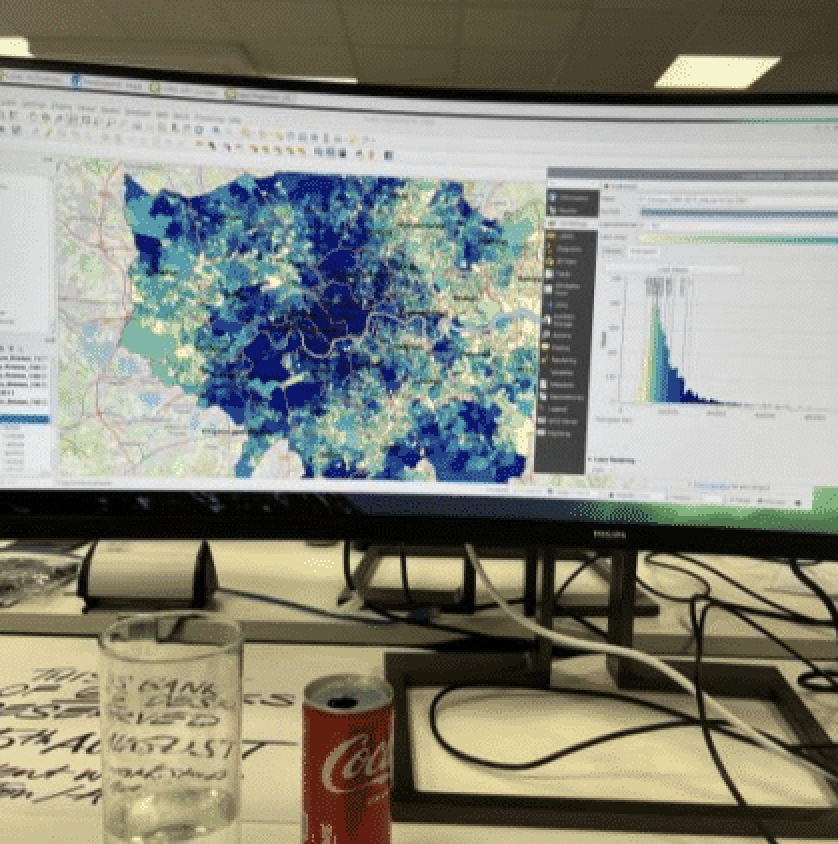 Day 4, we spent the whole day with Duncan and Leah. Duncan, who is a professor at UCL teaching the link between technology in the Built Environment delivered a detailed and practical presentation on his specification. We learned both about his broad past experiences and his current studies. He worked on some incredible projects including the testing of the Millenium bridge, a 5 year research on adding tech to cites with Intel and Arup. The presentation included learning about the internet of things, the Connected Environment and how to create a temperature sensor with Arduinos. Finally, we worked with Leah to create our own masks and Designs using temperature sensitive inks. This allowed us to be original and creative. Overall it was a very productive and engaging day.

Day 5, after a fast-paced and knowledge-filled week, we opened up the last day with a talk from Duncan Hay about the Survey of London and the architectural historians. We also visited the City of Women London website, which then allowed us to incorporate that knowledge when walking around London. Following Leah and Duncan, we travelled around Euston, gathering images of potential Solarpunk projects. We worked on memory maps, where we added our own images and future renovations to the city. This overall exercise enhanced our insight regarding Solarpunk, where we could integrate clean energy and collaborative spaces. 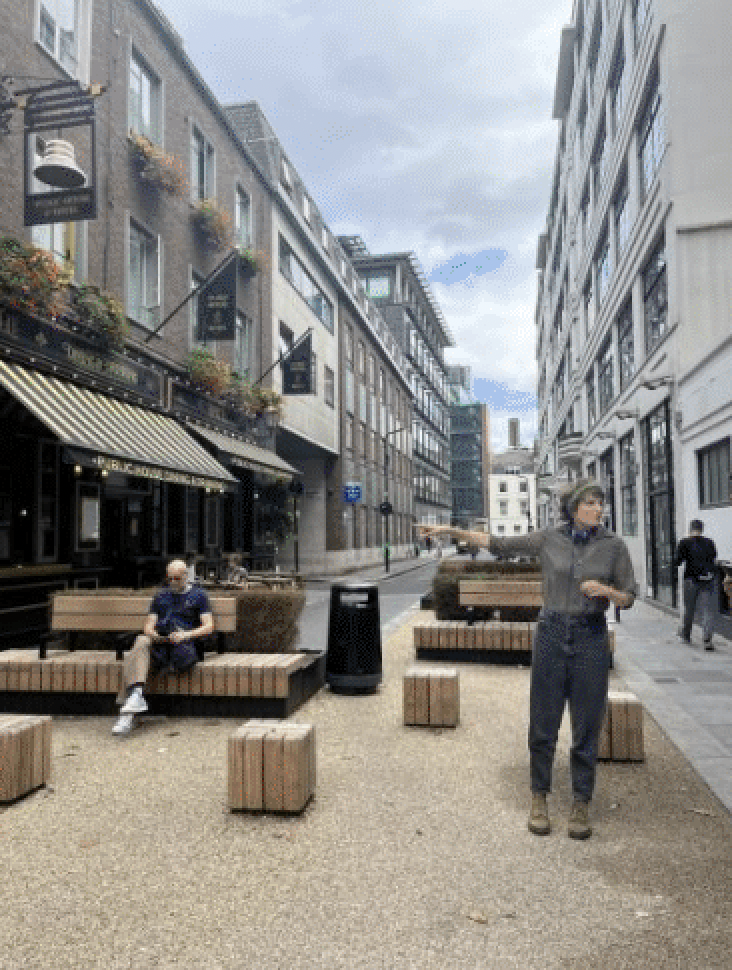 In conclusion, the overall things we quite enjoyed were mapping, coding and learning about arduinos; exploring the vastness of spatial analysis through QGIS; and simply being a part of the CASA team. By learning how our subjects are implemented in real life situations, we are then able to have a vision of what we want to do in the future. Working with open-minded people here at CASA created a very positive setting for learning. The programme itself was an incredible opportunity and we are eternally grateful for it, however one thing we would recommend is including a set project that we would have to work on as a group, to incorporate all of the things we have learnt throughout the week.

(All photos above from Luisa and Anchal)