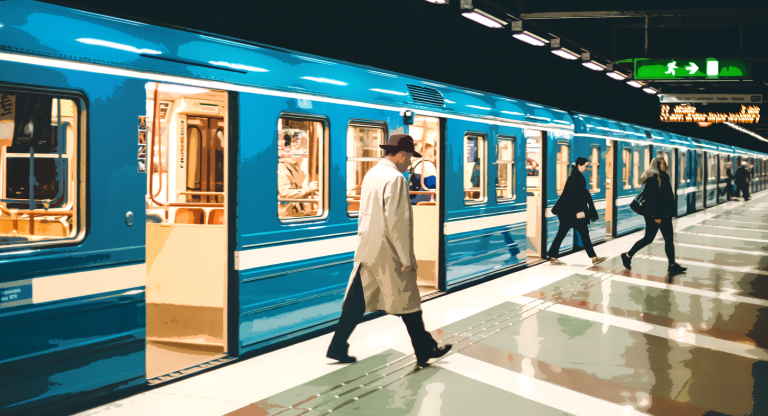 Drivers, cyclists and public transport users want to get to their destination as fast as possible. But aren't all commuters? In general, we tend to choose the fastest route between home and work. And likely, we also decide between various modes by seeing which one minimises our travelling time. Should we take the bus, or walk, or maybe order a taxi?

In a recent paper, Rafael Prieto Curiel and his colleagues modelled what would happen to average travel times in a city if self-interested agents were given two options: using a car or any other transport mode. The time it takes any individual to get from their origin to their destination is the cost. But, due to congestion, queues and delays, as soon as a transport mode becomes more popular, it also becomes slower, more costly. Similar to what happens to that secondary road that helps drivers avoid traffic, more users means more traffic, so it stops being a hidden gem. Eventually, some equilibrium is reached, where nobody wants to change their route, and no one wants to change their commuting method as they think is the fastest one.

Cities tend to be in equilibrium. But, is this equilibrium the best for the city? Every agent is trying to minimise their travel time and eventually settles on a choice that achieves this. So, it should be close to the optimum, right? Well, unfortunately, not at all. In most cases, due to the congestion we impose on others, we can reach undesired scenarios, with high commuting times, congestion and an excess number of cars in the city. We compare the results from all individuals optimising their travel times with what would minimise the average travel time for the entire population and noticed a huge discrepancy.

The extreme case is a curious and unfortunate mathematical paradox. Everyone tries to minimise their cost. All people in the city try to make it to work and back home as fast as possible, and they all opt for using a car as they save some minutes by driving. Yet, due to the rush hour and the extra costs they impose on others, they reach the maximum global and individual times. Selfish individuals try to optimise their times but reach the worst-case scenario with maximum costs. But even in that inefficient system, no one wants to use public transport since driving is slightly faster than other modes.