Interdisciplinary research and its impacts: from Entropy to Education in the work of Alan Wilson 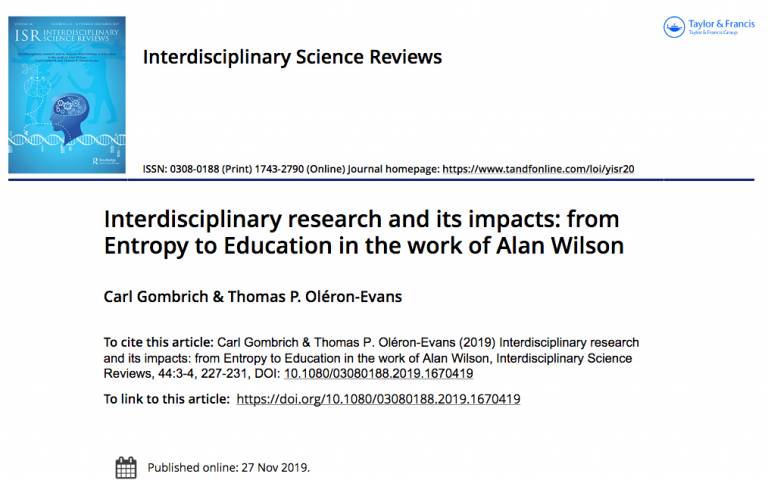 Professor Alan Wilson has a long association with CASA, having worked in the department for a number of years as a central member of the research and teaching teams. Currently serving as Head of Special Projects at the Turing Institute, he maintains his relationship with CASA through ongoing shared research interests and occasional guest lectures.

Some of the contributors to the issue are also current or former members of the CASA team. These include current Head of Department, Adam Dennett, who has co-authored an article (with Philip Rees, of the University of Leeds) on Alan Wilson’s contributions to research on population and migration.