All change at CASA 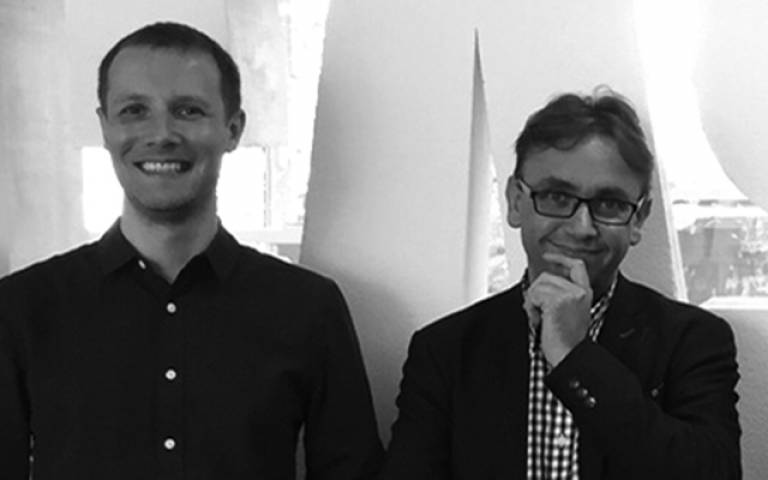 After eight years and having completed two full terms as Director of CASA - transforming the department during the process - Professor Andrew Hudson-Smith is stepping down from the Head of Department role.

Up until that point CASA had focused solely on research, with income largely provided by research grants and most staff on short-term contracts.  Today, CASA has fifteen permanent teaching staff (with more in the pipeline), two permanent research posts, five administrative positions and 135 students registered across seven programmes.

Alan Penn, Dean of the Bartlett said “I should like to thank Andy for the enthusiasm and creative effort that he has put behind every aspect of the role over the last eight years. During this time he has transformed CASA from a world leading research centre into a world leading teaching and research centre, and in doing so he has put it onto a firm financial footing as well as developing a series of taught postgraduate programmes which are in demand from excellent students around the world. The recent IQR congratulated you all on the excellence of academic practice. It doesn't stop here. New ventures on UCL’s Stratford campus including a new programme in ‘connected communities’ are already taking shape, and Andy’s contribution as Deputy Academic Director for UCL EAST last year was much appreciated”.

With a well-deserved twelve month sabbatical starting in September 2018 Andy had this to say: "CASA is world leading research centre, bringing with it excellence in not only spatial science but also with a focus on communicating data and research impact out into the community. Our move into a ‘maker’ style space and philosophy is key to the future with a new Masters course to launch in 2021. I am looking forward to a research-based sabbatical and getting back to everything digital and urban”.