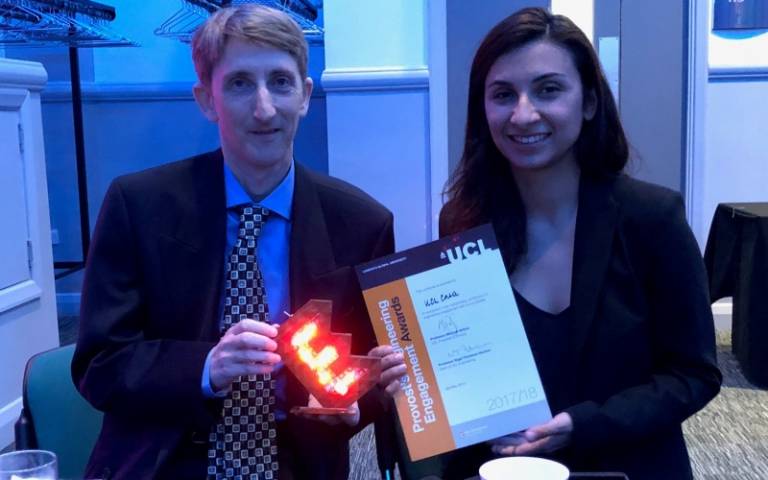 In conjunction with UCL Engineering (@UCLEngEdu), CASA has engaged young people around  the implications of Drone technology in cities and their use for good by teaching them to design, 3D print, build and fly their own radio-controlled drones. The project began in 2016, and they've run a number of “Engineers Save Lives” workshops and attended events across the country in partnership with organisations including the Royal Institution, the UK Drone Show, and this year at the Big Bang Fair at the Birmingham NEC.

In addition to Flora and Richard, the Drones4Good has involved a number of CASA students and researchers, including:

This prestigious award is a well-deserved recognition of Richard and Flora's excellent work, and we're extremely grateful to Elpida Makrygianni and her team at UCL Engineering both for making the workshops possible and for recognising their success. The team would like to also thank Martin Zaltz Austwick for kickstarting the project, and to Andy Hudson-Smith for printing the first drones.