CASA research on display at the Big Bang Fair in Birmingham 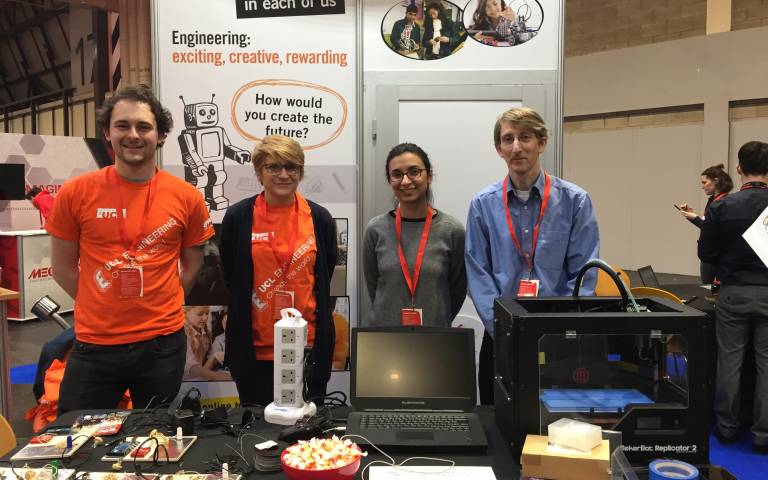 The National Exhibition Centre hosted the Big Bang Fair for 80,000 budding scientists (aged 7-19) across four days from 16-19 March and CASA were kindly invited to present alongside UCL STEM and The Institution of Engineering and Technology. Our researchers Richard Milton and Flora Roumpani took one of our 3D printers and a Leap Motion controlled drone simulator to demonstrate how these technologies inform our work to the urban researchers of tomorrow. 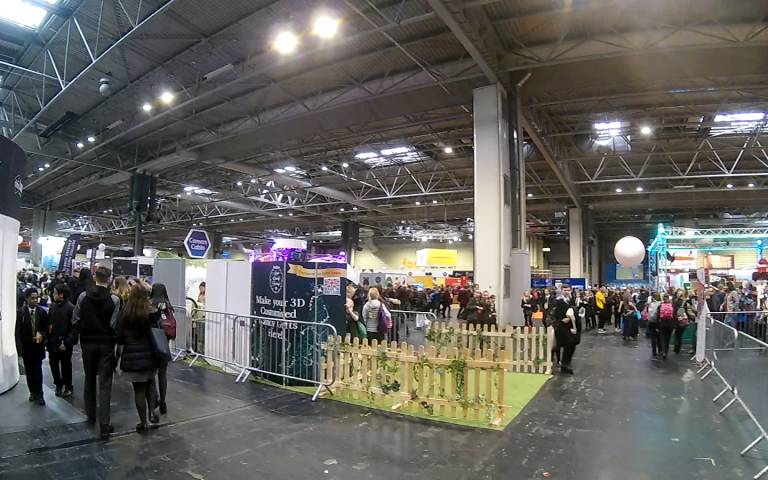 Richard and Flora 3D printed some butterfly and dragonfly rings based on scaled down versions of the quadcopters that CASA use for our drone workshops. The quadcopter simulator displayed the landscape of Lima (captured using a drone as part of the RemapLima project), only this time with embedded Pokemon models for the young explorers to find. The children were given the rings and 3D printed models out as prizes for answering questions about the technology and for finding Pokemon hidden in the Lima landscape. The aim was to introduce them to how useful drones are for search and rescue by letting them hunt for Pikachu, Charmander, Squirtle and Bulbasaur whilst flying around Lima. 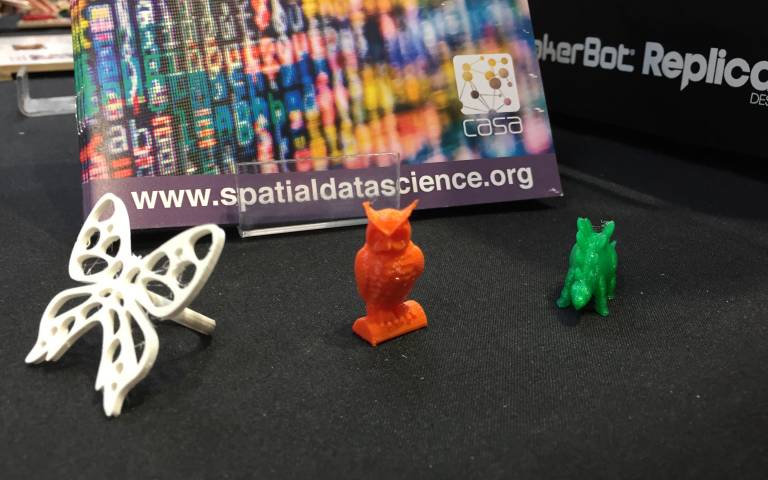 The Leap Motion controlled drone simulator was a hit with the pupils. As soon as each school party descended upon the CASA stand, hands were everywhere trying to fly the drone and asking for 3D printed objects to take home. The researchers also spent a lot of time explaining how the Leap Motion controller worked as few had actually seen or used one before. The quality of some of the questions asked was very impressive: everything from network graph theory to computational geometry, simulation and aerodynamic stability and control.

You can see a video of the Pokemon exercise here. 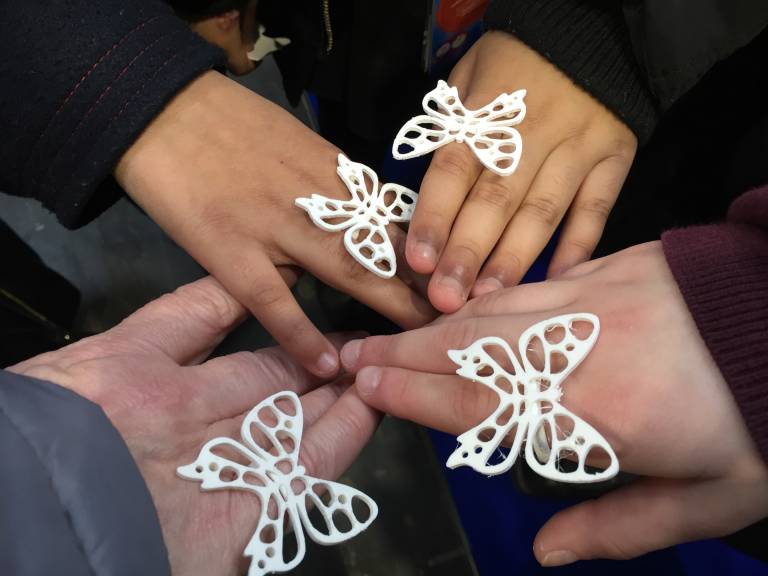 We’re very grateful to the IET and UCL Engineering for giving us this opportunity – we hope to be back next year. 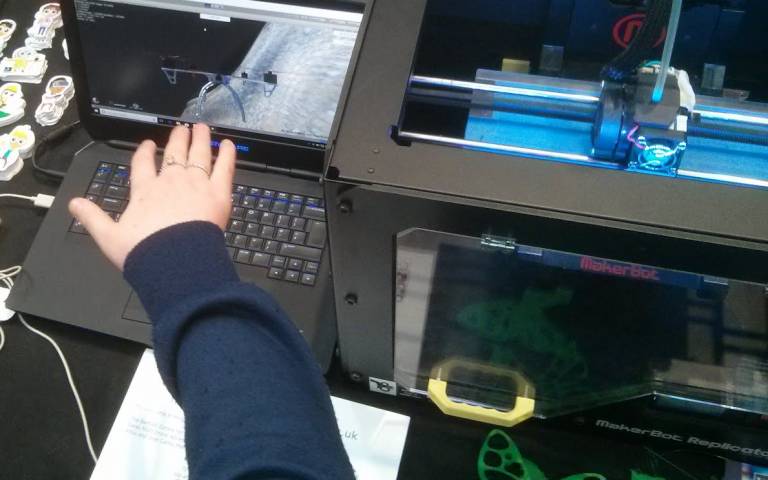