This week sees the launch of Tales of the Park: a new digital experience developed by UCL’s Centre for Advanced Spatial Analysis (CASA) in partnership with Queen Elizabeth Olympic Park. 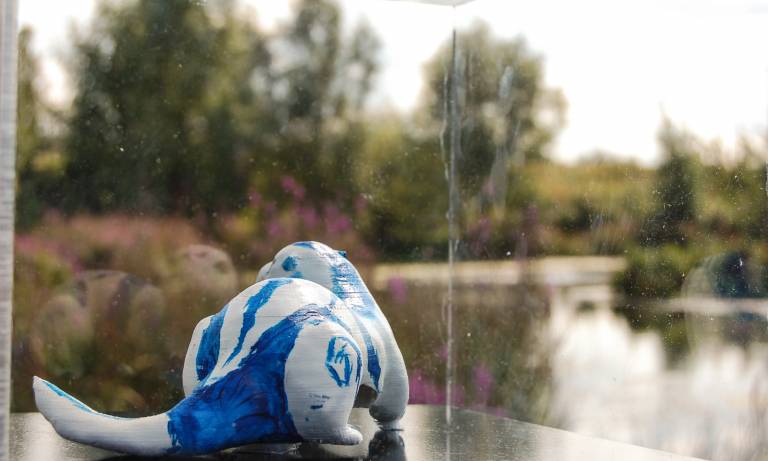 Taking the form of a host of 3D-printed creatures – bats, bees, otters, and garden gnomes – that you can chat to on your smartphone, Tales of the Park is designed to allow visitors to the park to explore some of the security and trust issues that surround natural language interfaces to Internet of Things devices.

With the increasing popularity of devices like Amazon Echo and Google Home, computer systems that you can either physically talk to or communicate with by text on social media are becoming more and more widespread. What we’re less aware of is to what extent people are aware of how this technology works and its implications. A device like the Echo is always listening for its activation keyword, for example. Whilst it only records and processes what you say to it after it hears the ‘Alexa’ keyword, there is no doubt that Amazon would be able to build a very complete picture of the households in which the Echo devices are installed. Moreover, as ‘smart’ assistants and chatbots get more common on social media platforms (for example, Lufthansa’s flight-booking chatbot Mildred (http://www.futuretravelexperience.com/2016/11/lufthansa-launches-flight-search-chatbot-for-facebook-messenger/), in future it seems likely that people will be interacting with digital systems that can impersonate ‘real’ people to a greater and greater degree. As these get more convincing, the opportunities for people to inadvertently expose personal information to people that might not have their best interests at heart are likely to multiply.

Tales of the Park is designed to give visitors to Queen Elizabeth Olympic Park a safe, fun way to explore some of these issues. Each of the creatures knows a little bit about the place that it’s in, but it wants to know more. If you tell them something they’ll remember it and then tell you something that they know, or something that someone else has said to them before. If you go and chat to another creature, however, you’ll find out that they’ve been talking to each other about you behind your back!

Professor Andy Hudson-Smith, Director of CASA and Principal Investigator on the project, said:

Our starting point was ‘what if you could give a place a digital “guardian spirit”?’ What would it know about, and what might people want to talk to it about? We hope that visitors will speak to our creatures, find out more about the Park and share their memories of East London and the Park. In the process, we’ll be able to find out more about how people interact with Internet of Things devices and how they might be used to gather qualitative information about public places.

What we’re hoping to demonstrate to visitors is that Internet of Things devices aren’t just useful and convenient, but that they collect and share information with other actors, be they other devices or other people. In the public realm, this could be things like temperature, light, traffic or pedestrian footfall. In the home, the data that these devices could collect and share might be much more personal: who is talking to them, how many people have interacted with them, and when. Whilst we’re used to thinking of devices like computers and smartphones doing this, as more devices are networked as part of the Internet of Things, we’re going to have to start thinking about the products we buy less as self-contained ‘things’ and more as nodes in a network of potentially millions of other devices. Tales of the Park is designed to give park visitors a fun way to understand what this might mean. 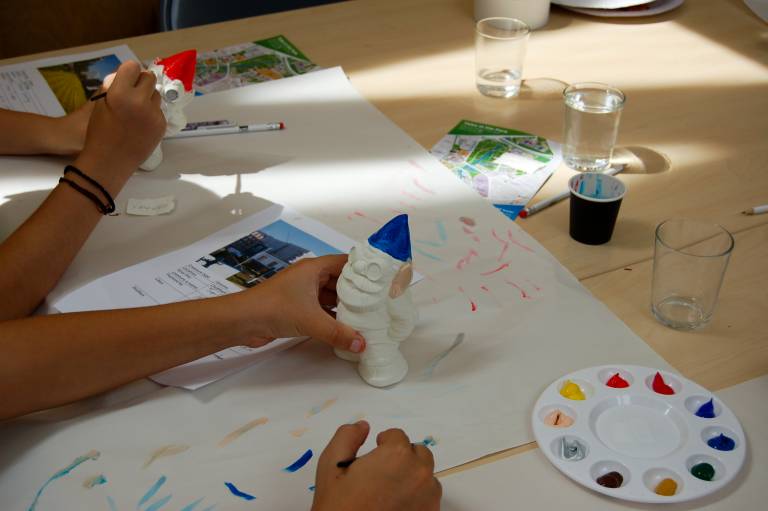 Each of the 15 creatures has been named and painted by young people from Academy Achievers, a community organisation based in Newham which helps local children to achieve their potential. Tales of the Park uses a new technology from Google: the Physical Web, which uses simple devices – low-energy Bluetooth beacons – to connect objects and places to the internet. If you’ve opted in, when you stand close to one of the creatures you’ll automatically receive a web link through which you can start chatting to it. 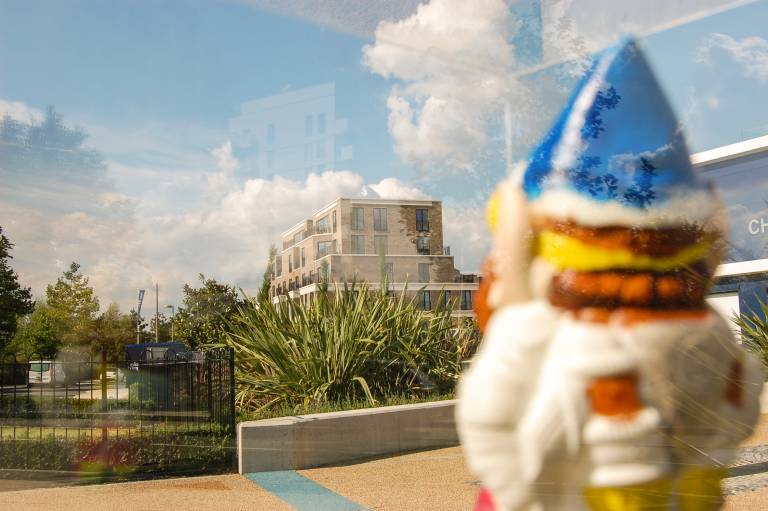 If you’re going to Queen Elizabeth Olympic Park, visit talesofthepark.com for instructions on how to get set up and go and have a chat with one our creatures – they want to know what you’ve got to say!