The Editor of the journal Landscape and Urban Planning has chosen the paper by Michael Batty and Stephen Marshall on Patrick Geddes as Editor’s choice for October 2017. 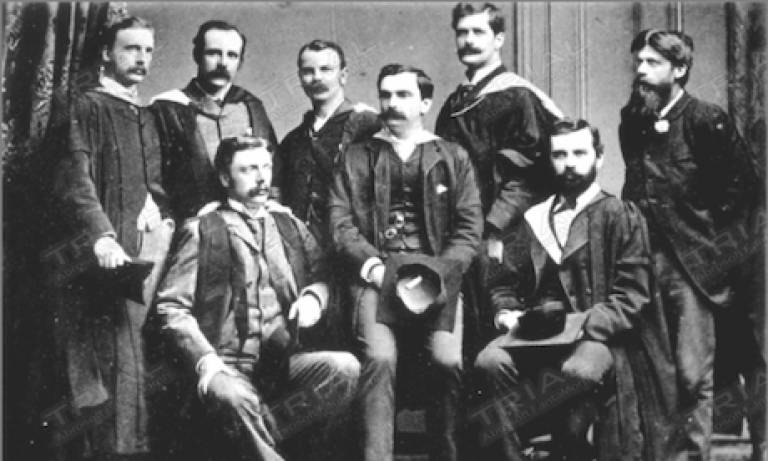 2015 marked the centenary of Geddes' seminal book Cities in Evolution and the journal has recently published a special issue on Geddes to mark the occasion. Batty and Marshall have unpacked Geddes’ contributions in their paper, "Thinking organic, acting civic: The paradox of planning for Cities in Evolution", where they suggest that his long-term quest to build a theory of social evolution was never realised despite his voluminous letters and writing, 'much of which was spontaneous, stimulating, insightful and, of course, chaotic'.

The image above shows Patrick Geddes (Farthest right, standing) at the University of Dundee in the late 1880s. The image also includes his colleague, the Scottish biologist and mathematician D’Arcy Wentworth Thompson (First left, sitting).