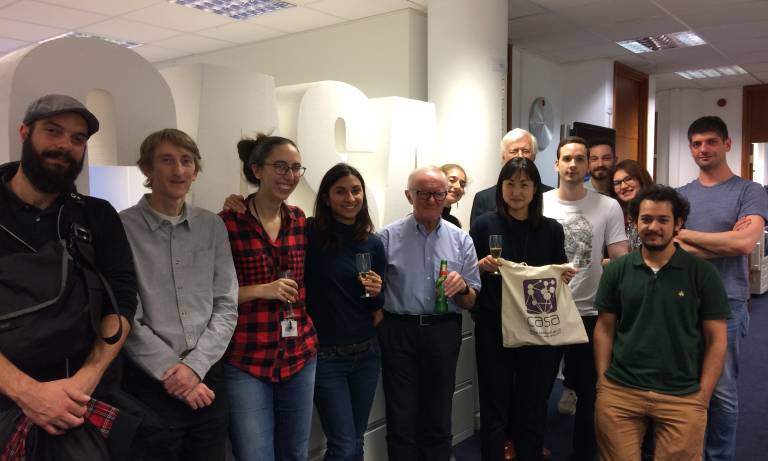 Dr Hitomi Nakanishi, from the University of Canberra, paid a short visit to CASA in October 2017, as part of her current research project, “Flood evacuation modelling and the visualisation of evacuation behaviour.”
Hitomi is an Associate Professor in Urban and Regional Planning at University of Canberra.  She is course convener of the programmes Master of Urban and Regional Planning and Bachelor of Civil Engineering Technology. Her research involves using multidisciplinary approaches to assessing impacts on quality of life issues from the perspectives of land use, urban form and infrastructure planning. She has developed an evaluation system of urban/regional policy and infrastructure development from the viewpoint of social and environmental sustainability. This new evaluation system, and its unique methodology (mixed quantitative modelling and qualitative method), was applied to three cities in Japan and two national government policies (Japanese Ministry of Land, Infrastructure, Transport and Tourism) for urban and regional planning.
Hitomi’s current research contribution is in the post-disaster area in Japan following the earthquake and tsunami disaster in 2011, where she was invited to bring innovation to the transport planning of devastated areas. She is recognised internationally as a leading expert in community disaster risk management with invitations to the United Nations Global Platform on Disaster Risk Reduction in 2013, as an academic delegate from Australia; to the UN conference on disaster risk reduction held on 14-18 March 2015 in Sendai, Japan, as an accredited member of the major group of the Scientific and Technological Community; to the development of the Sendai Framework for Disaster Risk Reduction 2015-2030 which was endorsed by the United Nations General Assembly.