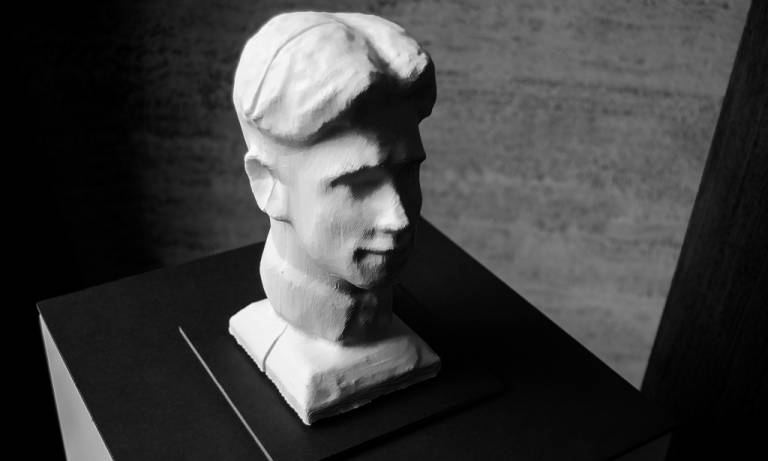 For the duration of the University of London's Being Human festival, researchers at CASA have produced 'Talking Orwell', an exhibition of 3D-printed busts of George Orwell which you can chat to using your smartphone.

Taking its cue from the venue, Senate House, the inspiration for the Ministry of Truth in Nineteen Eighty-Four, Talking Orwell is a playful provocation which invites visitors to think about some of the implications of the data collected by the digital products and services we use every day.

It uses a technology from Google — the Physical Web — to connect objects and places to the internet. If you’re close to one of the Orwell busts, if you’ve opted in to the Physical Web and check your notifications screen, you’ll see a web link. If you tap it, it will take you to a chatbot which might ask you to submit something — an event, an object, a memory — to the Memory Hole so that they can be ‘forgotten’. In exchange, you'll get some information back. As you play, you’ll notice that most of the chatbots work for the Ministry of Truth, so think carefully about what you’re comfortable telling them—and don’t be surprised if they share what you’ve said to them with others.

With thanks to the PETRAS IOT Hub, the Orwell Society, the Institute for Historical Research, the Literary London Society, Senate House, and the Being Human festival organisers. 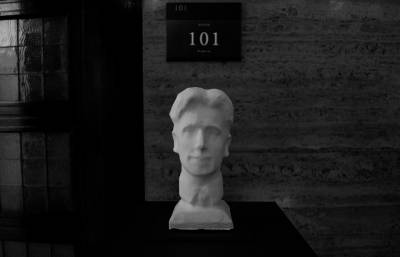