31 years after his last lecture in Sun Yet Sen, China, Professor Michael Batty returned to SunYatSen University to give his 2017 lecture on ‘Smart Cities and China’ in May. 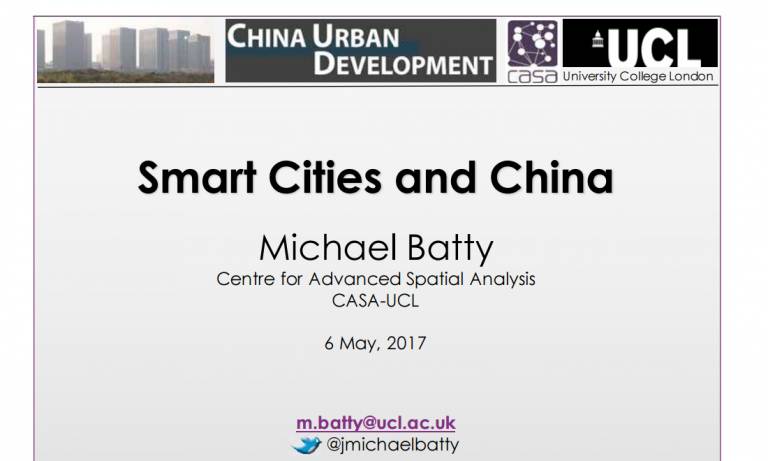 In November 1986 I visited SunYatSen University and gave a public lecture about Urban Modelling. China was a very different world then: no cars, no computers, no email, barely functioning electricity. And of course it was before laptops, networks, hand-held devices and so on. The personal computer had only just been invented. The campus was more or less in the countryside. Despite the modernising reforms initiated in the country in the late 1970s, this was still the old China.

Fast forward 31 years to 2017. The University is now a power house, in the top 10 in China and advancing in the QS university rankings worldwide very rapidly. I have been there a number of times since 1986 but had not given any public lectures until April of this year - when I more or less repeated what I had talked about 31 years ago! Well not quite, of course; it was the same domain of interest – but I talked about web-based, large-scale urban models; big data; smart cities and so on. A world away from those distant years but closely linked intellectually.

There are no faculty left working in the School of Geography and Planning from that time but this is not unusual because there is no one left in any of the universities I have worked in who goes back beyond 1990. It is a little sad that of those who were students then - some now senior faculty - none could remember attending my lecture and I am sure they did not know of it despite the fact that there were about 130 people in the room at the time. I found the building I had lectured in largely because of the poster below which was hand painted for my 1986 visit. Those of you who are Chinese will be able to read this: 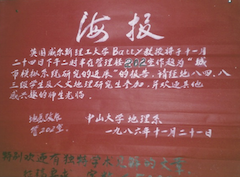 Fulong Wu and his colleagues from the Bartlett School of Planning together with Peking University and several sponsors (https://urban-china.org)  ran a great meeting on Friday and Saturday 5-6 May at UCL which gathered together some 200 researchers and academics studying urban development in China in all its aspects. The website contains the programme and a variety of contributions from Zipf’s law for Chinese cities to notions about state intervention and the crisis of debt pervading China’s cities and economies.

Conscious of the fact that I have spent 7 weeks in Hong Kong so far this year, where I have spoken about smart cities many times to groups at HCUHK, HKU and PolyU as well as at SunYatSen University, I contributed a short talk on a key issue concerning smart cities in China, making the point that apart from cultural and economic differences which pervade all global comparisons of cities, the development of new IT in Chinese cities is not so different from cities in the west in general and the UK in particular. Bigger phones exist in China, more people (almost everyone) use them on the subways but the same old problems of implementing top-down plans to implement new IT in cities are the same everywhere. The experience to date of such large-scale corporate ventures has not been good in the west and I expect it will be no better in China.

It is hard, many IT plans fail but cities in China and elsewhere are built largely from the bottom up – they are complex systems – and the question of how we deploy new technologies is really the driving force of smart cities; in fact the driving force of the city in all its manifestations.

For the PDFs of the presentations given by Professor Batty, see spatialcomplexity.info 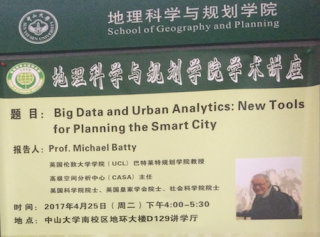