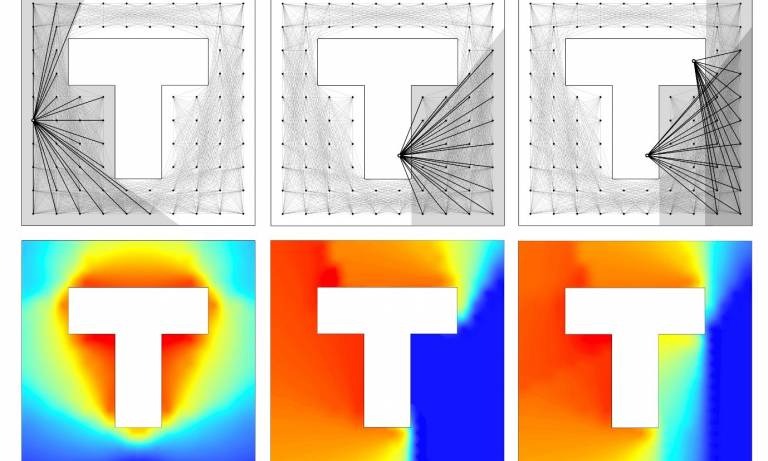 Congratulations to Yao Shen on the award of his PhD from the Space Syntax Laboratory at the UCL Bartlett Faculty of the Built Environment, 'Understanding functional urban centrality: spatio-functional interaction and its socio-economic impact in Central Shanghai'. Yao is now a Research Assistant at CASA on RESOLUTION: REsilient Systems fOr Land Use TransportatION with Professor Michael Batty among others.

See below for the details of his research.

A deeper understanding of the structural characteristics of urban settings is a prerequisite to evaluating the effects of urban design and planning proposals more efficiently. This thesis aims at shaping a new, comprehensive approach to uncover the structure of cities through the investigation of a diachronic spatio-functional process and the socio-economic impacts of such a process. It proposes a spatial network-based framework, in which individual street segments, indexed by space syntax centrality measures, are utilised to develop a series of more complex urban function connectivity measures by an analysis of the spatial network and land-use patterns in tandem. The specific application of this approach in Central Shanghai is conducted with a threefold focus: firstly, to trace the evolutionary interdependence between the spatial grids and the land-use distribution; secondly, to explain the varying economic value of the spatio-functional relationship in the housing market; and thirdly, to capture the impact of the spatiol-functional interaction on the variation of co-presence.

The outputs confirm that the centrality structures of the spatial network and the land-use distribution affect each other over time; however, certain degrees of inconsistency are observed, suggesting a distinct complementary relationship between these two systems, which is further validated by the improvement of the proposed model’s predictability of urban performance. The findings verify the hypothesis that urban spatio-functional synergy is a strong determinant of the formation of urban function regions, the delineation of housing submarkets, and the discrepancy of the spatial co-presence in the city. These results demonstrate that urban performance is directly affected by the way the spatial and functional structures of the city interact. Such findings support the proposition that understanding the complexities of the spatio-functional interaction in a morphological analysis can enhance the efficiency of urban design and planning interventions, which aim to improve socioeconomic conditions in city centres.

Methodologically, this thesis introduces the ways in which volunteered geographic information, emerging in the current new data environment, can be used in spatial network analysis thereby providing novel methods to predict the patterns of urban vitality that vary spatially and temporally. It opens the discussion on future extensions of space syntax against the background of increasingly digitised urban life in the contemporary society.

Related work can be found via https://goo.gl/YwvLVR