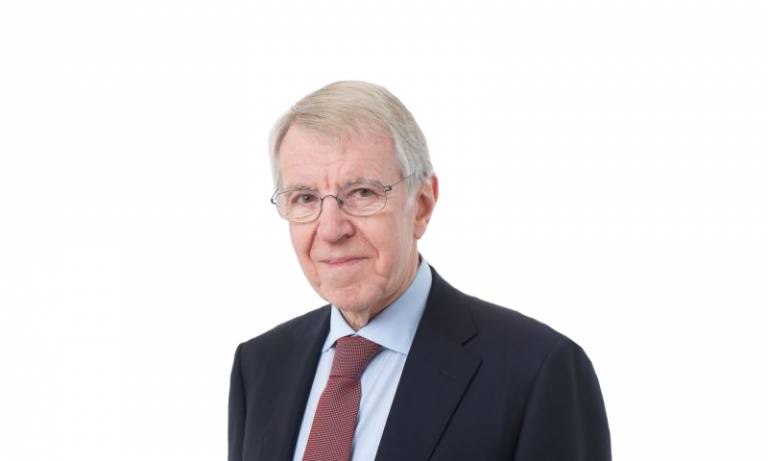 Sir Alan Wilson, Professor of Urban and Regional Systems at CASA, Chief Executive of the Alan Turing Institute, and Chair of the Home Office Science Advisory Council, will receive an honorary degree (Doctor of Literature honoris causa) from the School of Advanced Study, University of London later this year. The honour recognises Sir Alan’s ‘past and continuing achievements across many disciplines’ in an academic career that began as a mathematician at the University of Cambridge in the 1950s.

The University of London reported as follows.

Sir Alan Wilson (right), chief executive of The Alan Turing Institute, professor of urban and regional systems at University College London and chair of the Home Office Science Advisory Council, will receive an honorary degree from the School of Advanced Study, University of London. Sir Alan is an elected Fellow of both the British Academy and the Royal Society. He will collect his Doctor of Literature honoris causa at the School’s annual degree ceremony on 8 December 2017.

The honour recognises Sir Alan’s outstanding contributions to higher education in a career spanning more than 50 years, during which he built up a reputation for solving complicated problems.

In February 2004, he became the government's first director general of higher education and key adviser to three secretaries of state for education – Charles Clarke, Ruth Kelly and Alan Johnson – at a pivotal moment in the history of the sector. As a senior civil servant his duties included helping the government to smooth the way for top-up fees, widen access to higher education and build a deeper relationship with industry.

From 2011–2013, he was chair of the lead expert group for the Government Office for Science’s ‘Foresight future of cities project’, which looked at the opportunities and challenges facing UK cities over the next 50 years and, from 2007–2013, was chair of the Arts and Humanities Research Council.

Professor Roger Kain, CBE, FBA, dean and chief executive of the School of Advanced Study (SAS), describes Sir Alan as a true polymath who has contributed significantly to the humanities and higher education.

‘In his six years as chair of the Arts and Humanities Research Council, Sir Alan was instrumental in building the confidence of the arts and humanities academic communities in the strategic direction and operational effectiveness of the Council. This honour recognises his past and continuing achievements across many disciplines, which resonate absolutely with the School’s mission and ethos.’

A mathematician and quantitative geographer, Sir Alan has published extensively including some pioneering papers modelling market potential of city sites and transport and related systems. Many of his model building techniques are in common use internationally.

Commenting on his honorary doctorate Sir Alan, who is currently researching the evolution of cities and the dynamics of global trade, migration, security and development aid, says: ‘I am both delighted and humbled by this award and I thank the university. It reflects work I have done with a range of institutions and of course the contributions my colleagues have made in these places are implicitly recognised and I am grateful to them. I am particularly touched to have my contributions to the humanities recognised by this degree.’