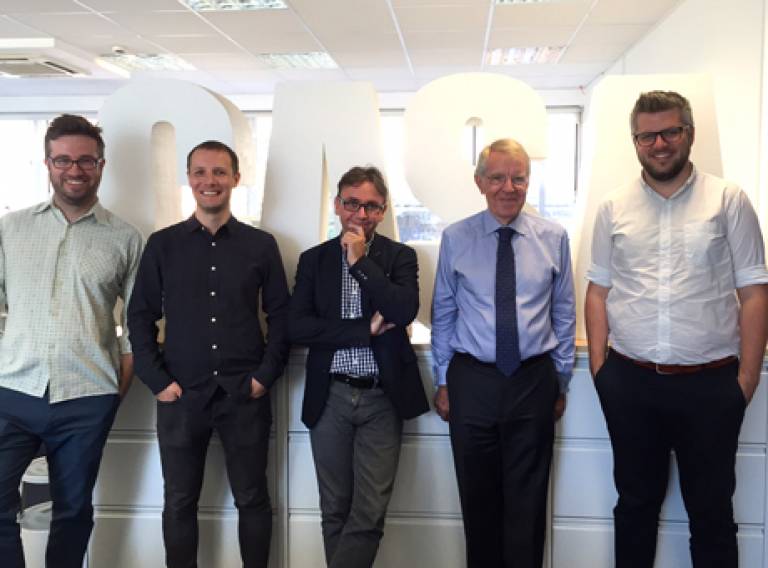 Five staff appointments at CASA have been made in recent weeks and we are delighted to announce the following:

Professor Andrew Hudson-Smith has been seconded to UCL East as Deputy Academic Director starting 1st August 2016 for two days per week as part of a senior academic team appointed to lead the development of the academic strategy for the new UCL East campus at Queen Elizabeth Olympic Park at Stratford (QEOP).

Andy will continue his role of Director and Head of Department at CASA with the assistance of Dr Adam Dennett who has been appointed Deputy Director of CASA. Adam will also continue in his role as Programme Director of our MSc Smart Cities and Urban Analytics programme whilst taking an active role in the management of the department, leading on various strategic initiatives.

Professor Sir Alan Wilson has been seconded to the Alan Turing Institute as a Faculty Fellow, two days per week for two years with effect from 1st August 2016.  The Alan Turing Institute is the UK’s national institute for data science based at the British Library which brings together leaders in mathematics, computing and social sciences from five founding universities and other partners. Its work is expected to encompass a wide range of scientific disciplines and have a broad impact on areas of societal and economic importance.

Dr Ed Manley has been appointed Acting Vice-Dean of Research to co-ordinate the research activity for the Faculty, covering Professor Murray Fraser’s sabbatical leave (16/17), and Dr Martin Zaltz Austick has been promoted to Senior Lecturer through the UCL senior promotions exercise with effect from 1st October 2016.