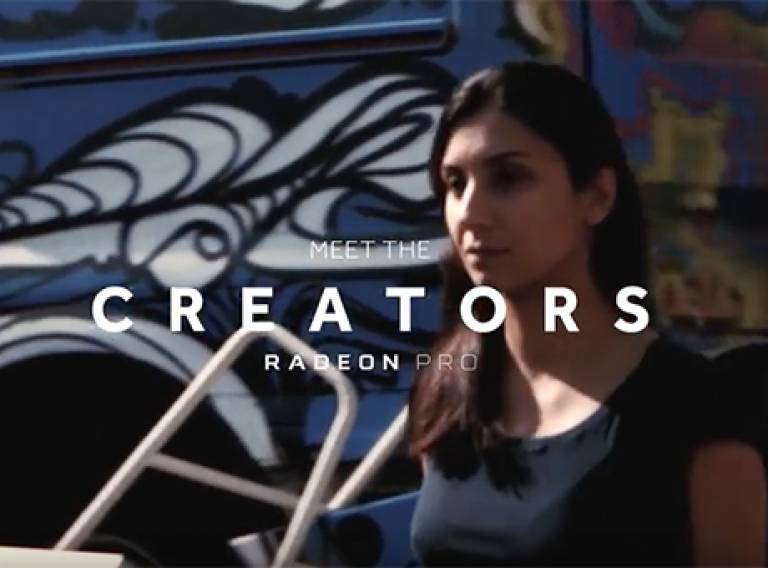 As part of Radeon Technology's promotion for their new range of graphics cards, CASA Doctoral Researcher Flora Roumpani is interviewed about her work with the ReMap Lima project. The idea behind the "Meet the Creators" campaign is to feature researchers who need powerful laptops and high performance graphics cards in the course of their work. As explained in the interview, the Remap Lima project stitches together aerial imagery taken from a drone and uses it to build a 3D model of the landscape. The model is then visualised on a laptop and processed for analysis purposes in a participatory urban planning context involving local communities.

The short video was filmed for Radeon and includes point cloud renders of the Lima landscape, which were compiled from the drone images using Pix4D software. Also the interview features Flora’s own work on the 3D ArcGIS online map of Lima and renders of the produced mesh. These images then show how the favela may look in 2020 using a model of population growth, and so link the high resolution 3D models captured by the mapping drone with the fields of architecture and urban planning.

Radeon's "Meet the Creators" feature can be found at:
http://creators.radeon.com/meet-the-creators/

The full video of the project is on YouTube:

Special thanks to Richard Milton for his help during the video shooting.