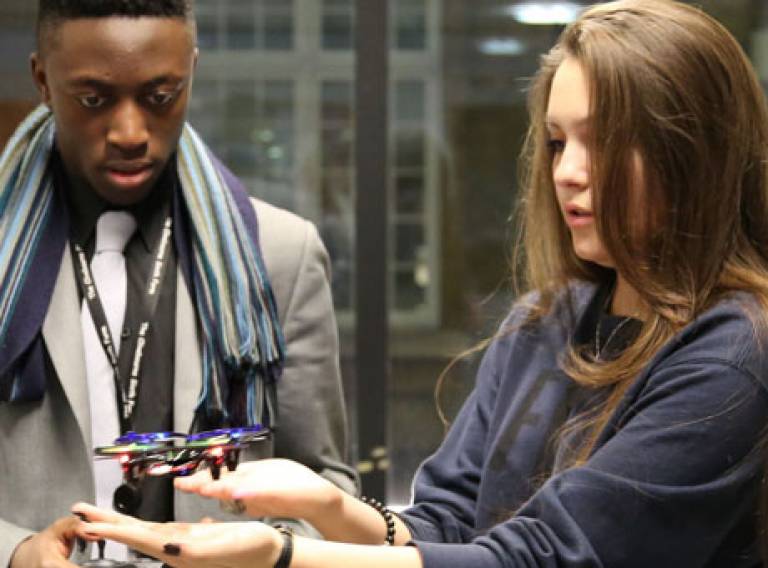 CASA teams up with UCL Engineering and the Hackney University Extension

On 30th November, staff and students from CASA led a technology workshop for young people, for a second year, as part of the new UG level masterclass series programme with Hackney University Extension, aimed at Year 12 students, and partnered with UCL Engineering.  CASA staff and PhD students delivered the Drones4Good masterclass session, including 3D reconstruction, and VR and spatial visualisation, with the support of students from CASA's MRes in Spatial Data Science and Visualisation and MSc in Smart Cities and Urban Analytics programmes. The purpose of the workshop was to demonstrate to students how they can use mainstream tools such as drone technology for “good”, such as capturing and mapping the environment, 3D printing custom drones and using computer graphics to navigate to virtual environments by capturing imagery and turning it to 3D objects. The workshop started with an introduction on the mechanics of drones and the technology behind the state-of-the-art equipment. This led to a demonstration by Richard Milton on the custom-made CASA drone, explaining how it can be controlled through a PC. Flora Roumpani followed up with questions about the uses of drones for good and a presentation on the ReMap Lima project, about how drones were used for mapping to generate 3D models. The students were then introduced to the basics of 3D reconstruction through the free Autodesk 123DCatch application. Olly Dawkins set up the VR kit and guided the students through the world of Virtual Reality, which allowed them to fly over the landscapes of 3D Google earth. 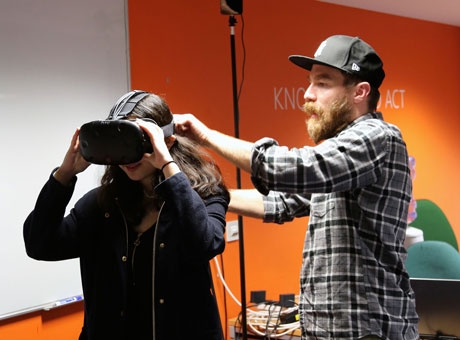 Students were teamed up to build their own mini quadcopter, using modified versions of the HubSan X4 H104C -a 95mm quadcopter, and 3D printed frames, printed in CASA last year with the help of CASA Director, Andy Hudson-Smith. The frames were designed in the shape of a dragonfly, butterflies, ghosts and T-frames, while the flight controllers and motors were attached to the custom 3D printed frames using a combination of foam tape and elastic bands. The task enabled students to learn through the process of building their own electronics and to think about designs for developing their own flying objects, linking design skills to engineering workflows. Not all drones made it to the end of the workshop, but a lot of fun was had building, flying and smashing them. 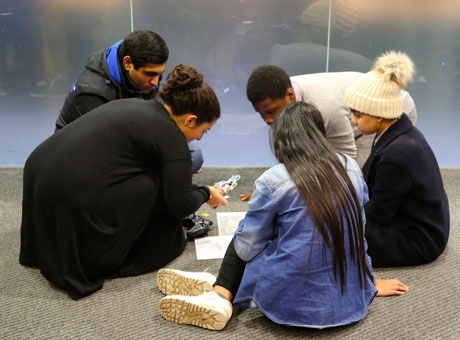 Congratulations to the teaching team: Richard, Olly, Flora, Mercedes and Mateos.  A big thanks to Elpida Makriyannis from UCL Engineering for making the event possible. Finally, thanks to the Hackney University Extension for being excellent drone developers.

Click here to watch video shots from one of the drones.