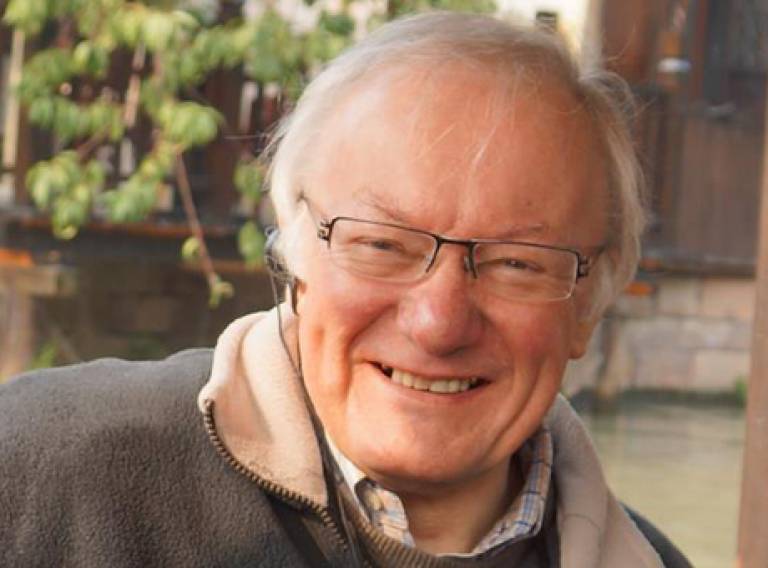 Professor Michael Batty and Paul Theroux have both been awarded Royal Medals as part of a series of awards that recognise extraordinary achievement in geographical research, fieldwork and teaching, photography and public engagement.

The Royal Medals, which have been approved by Her Majesty the Queen, are amongst the highest honours of their kind in the world. They have been presented since the 1830s and past winners include David Livingstone, Captain Robert Scott and Sir David Attenborough.

Professor Batty receives this year’s Founder’s Medal for the development and promotion of the geographical models of cities. His ground-breaking research work focuses on concepts and methods for understanding how ‘smart cities’ function.

Professor Dame Judith Rees, President of the Royal Geographical Society (with IBG) said: “Michael Batty’s unparalleled work to develop a science of cities lies at the interface of geography and planning. He is one of the most influential practitioners in this field and wholly deserving of the Founder’s Medal.”

Paul Theroux receives this year’s Patron’s Medal for the encouragement of geographical discovery through travel writing. One of the world’s leading travel writers, he has published more than eighteen non-fiction books, including ‘The Great Railway Bazaar’.

Professor Dame Judith Rees said: “Paul Theroux’s writing has made a significant contribution to people’s understanding of the world in which we live and its people and cultures, whilst also inspiring the next generation of travel writers. I am delighted that he has been awarded the Patron’s Medal.”

This year, the Society’s medals and awards recognise eighteen different people for their outstanding contributions to geography. Amongst other recipients, writer Robert Macfarlane is awarded the Ness Award for his innovative writing on landscape, place and nature. His best- selling books, including ‘The Old Ways’, draw together geography and natural history.