The CASA prize for the 'Best Paper on Spatial Analysis' in memory of Sinesio Alves Junior at the GISRUK 2015 conference was awarded to Alexandros Alexiou for his paper "The Role of Geographical Context in Building Geodemographic Classifications". 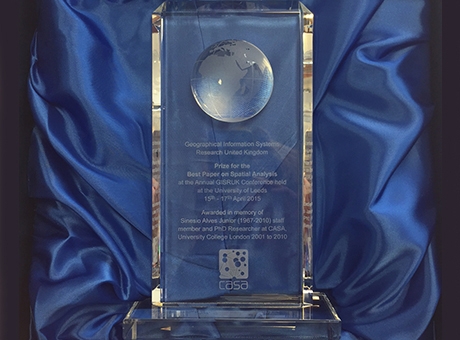 A short-list of papers was drawn up by CASA's academic staff who attended each of the presentations to select the overall winner.  The picture above shows Dr Adam Dennett presenting the award and £100 Amazon voucher on behalf of CASA to Alexandros at GISRUK 2015 which was held at the University of Leeds between 15th - 17th April. 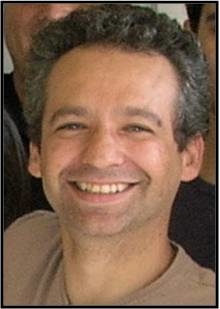 CASA has presented this award annually at GISRUK since 2010 in memory of Sinesio Alves Junior (pictured above).  Junior, as he was affectionately known, is a much missed friend who joined CASA in 2001 as a Doctoral Researcher and member of staff.

2014 held at the University of Glasgow - Sarah Wise for "Agent Based Modelling and GIS: Exploring our New Tools in a Disaster Context";

2013 held at the University of Liverpool - Dan Olner, Alison Heppenstall and Gordon Mitchell for "Modelling  and  visualising  the  impacts  of  increasing  fuel  costs on  the UK  spatial  economy;