Pigeon Sim flies to the TeenTech event in Folkestone

On Thursday 25th October, Pigeon Sim flew the coup and travelled to the TeenTech event in Folkestone, Kent where pupils and teachers alike were flying like a bird around the 3D virtual London. 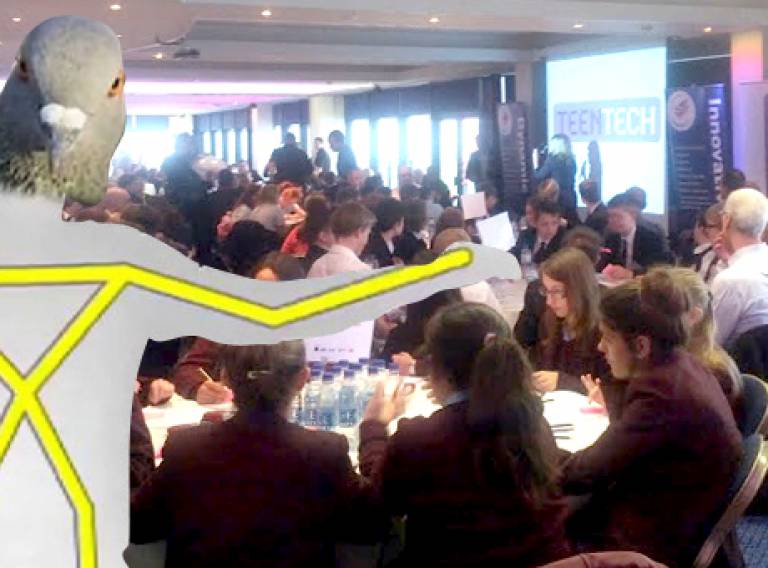 TeenTech events show pupils the broad skills and wide range of career possibilities in Science, Engineering and Technology and make them rethink the assumptions on what is Science.

Pigeon Sim was proudly shown in the Insight Zone along side stands from JVC, Raspberry Pi Foundation and Siemens Technology. Around 200 pupils took part in the event and all enjoyed being able to fly around the city while looking at the data we collect about the city and many stated they preferred interacting with visualisations with their movements rather than traditional ways like joysticks or using a mouse.

More information about what happens at a TeenTech event can be found from this BBC Click article and the TeenTech Website.

The TeenTech event wasn't Pigeon Sim's first outing, he's been doing the rounds up and down the country for a couple of months and can next be seen at the ESRC Festival of Social Science in Leeds, 9th-10th November 2012.