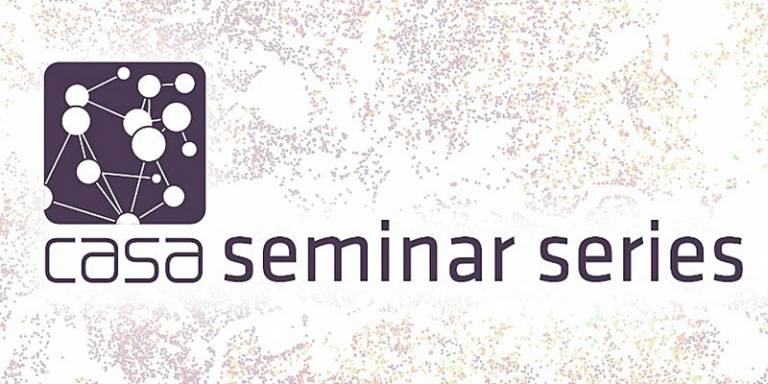 Things founder, Connected Places Catapult Associate and sometime UCL CASA Honorary Senior Research Fellow, Scott Cain, for a hop, skip and a jump in to topic, as we explore some of the pains, gains and opportunities of active travel.

Active travel is the shorthand for cycling, walking, wheeling and running as transport. Cities in the UK and globally are adapting places for people, rather than cars. Yet what more can be done to help more and different people make more active, everyday journeys? Join Active Things founder, Connected Places Catapult Associate and sometime UCL CASA Honorary Senior Research Fellow, Scott Cain, for a hop, skip and a jump in to topic, as we explore some of the pains, gains and opportunities of active travel.

Scott is the founder and CEO of Active Things, the cycling, running and active travel business.

Active Things products and services include RunFriendly (www.runfriendly.com), one of Men’s Health’s ‘Apps to Change Your Life in 2020’ which gives access ‘on-demand’ to showers in gyms and leisure facilities; its equivalent secure bike parking service (www.activethings.io); active travel research and advisory business, Motion-Friendly; and the RunSome campaign, co-founded with Runner’s World and over 30 running organisations (www.runsome.org) to inspire more people to run to get places, do things and to see people as everyday journeys – including the pioneering Running Mayors programme.

At the Connected Places Catapult, the UK’s innovation accelerator for cities, places and transport, Scott is an Associate, leading on active travel as a high-growth market opportunity. He is also a Non exec at Global Entrepreneurship Network UK.

Scott is an Honorary Senior Research Fellow at UCL Bartlett, in the Centre for Advanced Spatial Analysis, a Research Associate at King’s College London and is a contributor to the Guardian, Runner's World and Men's Running on topics relating to cities, innovation, active travel and running.

Formerly, Scott was Chief Business Officer and Exec Director at the Future Cities Catapult, a world-leading urban innovation centre. Scott led the investment round, securing the initial £43m to establish the centre, before becoming its Start-Up Director and then CBO. The centre’s mission has been to grow the UK’s advanced urban services sector to be a global leader in a $1trn market. Scott led the development of its urban mobility, urban planning and healthy cities programmes, ahead of its transition to become the Connected Places Catapult in April 2019.

Scott was Deputy CEO at Enterprise UK, helping to create a more entrepreneurial culture among young people in the UK. He worked to a board comprising the Director Generals of the CBI, IoD, FSB and British Chamber of Commerce as well as HM Treasury. Scott also co-founded and chaired Global Entrepreneurship Week, for which he remains a Non-Executive Director of Global Entrepreneurship Network (GENUK).