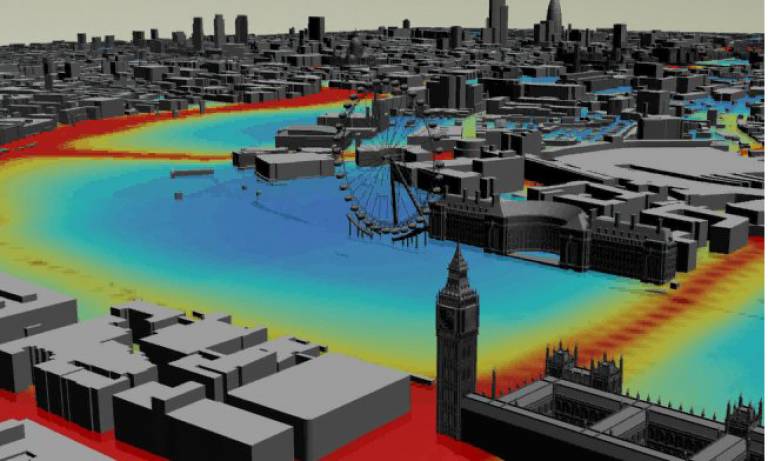 This is an EPSRC Feasibility Account Grant, designed to develop, deepen, realise and disseminate the role of analogies or 'shared abstractions' that we continually and routinely make in developing and speculating upon the way complex systems function. Nowhere is this more evident that in systems that are intrinsically ill-defined, manifesting a degree of complexity where the scientific canons of parsimony are difficult to engender.

Indeed complexity theory has been largely developed to map more abstract structures onto such systems and to exploit their correspondence through analogies. Cities are the example par excellence.

Analogies between the human body and the city go back to Plato, and have remained central to the sorts of shared abstractions that have pervaded the language of architects and planners since the time of Leonardo da Vinci and Vitruvius. The notion that the form of the city and the body represent similar systems in which their shape represents the system for transporting energy to their parts (radial routes and streets v. arteries and veins) from their economic cores (central business district v. heart) has been deeply embedded in the rhetoric of city planning for more than century.

What we will do in this project is develop a series of key analogies between the way cities function and various electrical, mechanical, biological and human systems such as fluid flows, potential energies and electricity, and dynamic mechanisms, exploring these analogies in a depth that has not been possible hitherto. Deepening these analogies is thus our first quest. Our second is to translate these analogies into models or analogues that we might realise in tangible form, using the term tangible to span the material and the digital.

The process of constructing such analogues is quite new. In the past, these have been developed in an ad hoc manner but in this project we will develop them in symbolic terms as far we can and then translate them into physical and digital analogues. The third quest is to locate these in an environment that users who will include our own inter-disciplinary team as well as professional stakeholders can learn from these models, improving their understanding, their problem solving capabilities and the power of their designs.

The project runs from November 2010 to April 2012 and is supported by EPSRC.

We list the main impacts of the proposed research:

We aim to develop these ideas through three themes: