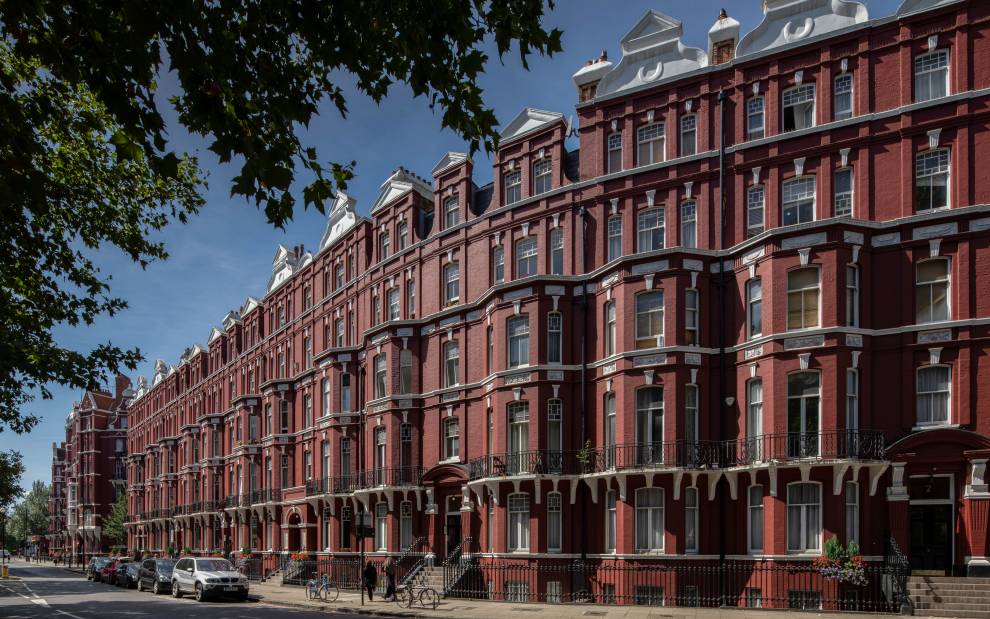 Work is now under way on a third Marylebone volume, South-West Marylebone. This will cover the area immediately west of that described in Volumes 51 and 52, bordered to the south, west and north by major roads: Oxford Street, Edgware Road and the Marylebone Road and flyover. Development here followed on from that to the east, with a similar mix of residential squares and streets, laid out in a grid pattern from the 1760s on the principal estate, owned since the sixteenth century by the Portman family.

Portman Square, Manchester Square, and then Baker Street and Gloucester Place duly joined their counterparts on the Portland (now Howard de Walden) estate as some of the most fashionable and prestigious addresses of late Georgian London. The architectural legacy of this status is above all represented in two great aristocratic mansions: Robert Adam’s Home House on the north side of Portman Square (1773–6), with its celebrated staircase; and Hertford House, dominating the north side of Manchester Square, completed in the 1780s as the 4th Duke of Manchester’s town residence but remodelled in the 1870s to house the art collection of his descendant Sir Richard Wallace.

Over much of the area development took off somewhat later and was mainly geared to more modest building. There were to be two further, relatively small but elongated ‘squares’, Montagu Square and Bryanston Square, built up during the Regency period, also on the Portman estate. Elsewhere, especially to the north-west, close to the Edgware and Marylebone Roads, rows of small terrace houses were built over several decades in the late eighteenth and early nineteenth centuries.

Here, and also near Oxford Street, were some of the poorest addresses, where sometimes ill-built houses in various courts and side streets soon became overcrowded and insanitary conditions, violence and other social problems persisted for generations. Perhaps the most notorious, particularly for street fighting, was the Irish-occupied Cato Street, scene of the anti-government conspiracy of 1820. It was long known locally as Cato Bay, presumably in reference to Botany Bay and the character of the inhabitants.

Despite this localized history of poverty and deprivation, there is relatively little public housing throughout the area. Examples include early 1960s maisonettes in Homer Row, with sunken gardens and pergolas, designed by Arthur Kenyon, Tauté & Partners for St Marylebone Borough Council; and award-winning mews flats with garages of the early 1970s in Cato Street, by Westminster Council Architect’s Department.

While a good deal of the first-generation building survives throughout south-west Marylebone, many rows of houses have been replaced with blocks of flats. Just two architects were responsible for a large part of this redevelopment, at least on the Portman estate. W. H. Scrymgour, a developer as well as architect, produced a number of large, externally ornamental mansion blocks between about 1890 and the First World War, among them Portman Mansions (begun c.1891), Bickenhall Mansions and Montagu Mansions (both c.1896). Between the wars, W. E. Masters designed a series of sometimes monumental apartment buildings, such as Sherwood Court in Seymour Place (c.1929), Fursecroft in Brown Street, and Stourcliffe Close nearby (both c.1936–7).

Redevelopment with private flats, sometimes replacing bombed houses and invariably in the dominant Modernist style of the day, continued after the Second World War. Prominent examples include Portman Towers in George Street (c.1967–70, architect Michael Rosenauer), a development by the builders Laing and Pearl Assurance; and Bilton Towers in Great Cumberland Place (c.1959–63), a speculation by the builder and philanthropist Percy Bilton, designed by Manning & Clamp. Bilton Towers was said to be the first major London development to have double-glazing and air-conditioning.

Flats apart, the post-war property boom transformed stretches of some of the most important streets in south-west Marylebone, particularly Baker Street and Edgware Road. As elsewhere during the boom, office-blocks predominated, together with shops, showrooms and hotels, and the 1950s and 60s, picking up a pre-war trend, saw a proliferation of corporate headquarters throughout the area, usually in speculatively built blocks. Now considered obsolete as well as lacking architectural merit (although some were in fact accomplished designs), these are fast disappearing from the scene to make way for generally showier, glassier, structures.

Besides its legacy of Georgian and later housing, south-west Marylebone is notable for civic architecture, including the former St Marylebone Town Hall and Library in Marylebone Road (1912–18 and 1938–9, by Sir Edwin Cooper), and several architecturally outstanding places of worship. These include the High Victorian West London Synagogue in Upper Berkeley Street (1870, by Davis & Emanuel); St James’s Spanish Place, one of the most distinguished Roman Catholic churches in the country (designed by Edward Goldie in 1885); Walter Tapper’s late Gothic Revival Church of the Annunciation in Old Quebec Street (1912–14); and the Swedish Church in Harcourt Street (1910, by Niven & Wigglesworth, from a design by Axel Haig).