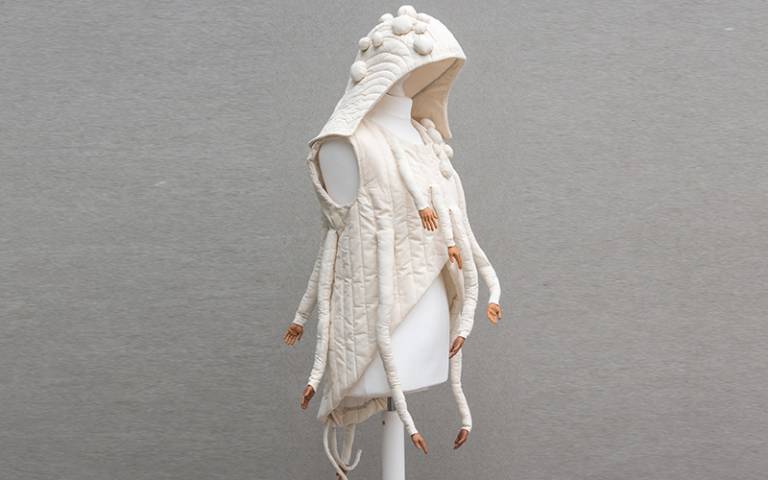 A prototype from Microbial Storytelling and Paths of Pathogens in Hospital Environments, developed by Dr Kerstin Sailer and Julia Backhaus will be exhibited at the Old Truman Brewery as part of the London Design Festival’s Design Research for Change showcase from 19 – 22 September.

Funded by the Arts and Humanities Research Council, the project explores how design can become a tool to interrupt or break infection pathways in hospitals. Through a detailed architecturally-informed Space Syntax analysis, Kerstin and Julia investigated the invisible complex network of relationships between microbes, humans and architecture, space and behavior and the interdependence between the various professional roles on the hospital ward.

Kerstin and Julia mapped the paths of over 100 agents populating wards in two different hospitals, including doctors, nurses and other healthcare workers, as well as frequently overlooked groups such as porters, cleaners and caterers. They then took their findings and used storytelling, narrative and creative visualisation to create visibility for hidden microbial life (both good and bad) and make hidden movement paths and embedded behaviors visible on the ward.

Kerstin Sailer is a Reader in Social Networks at The Bartlett, and Julia Backhaus is a Principle Teaching Fellow and Co-Programme Director of Architecture MArch. 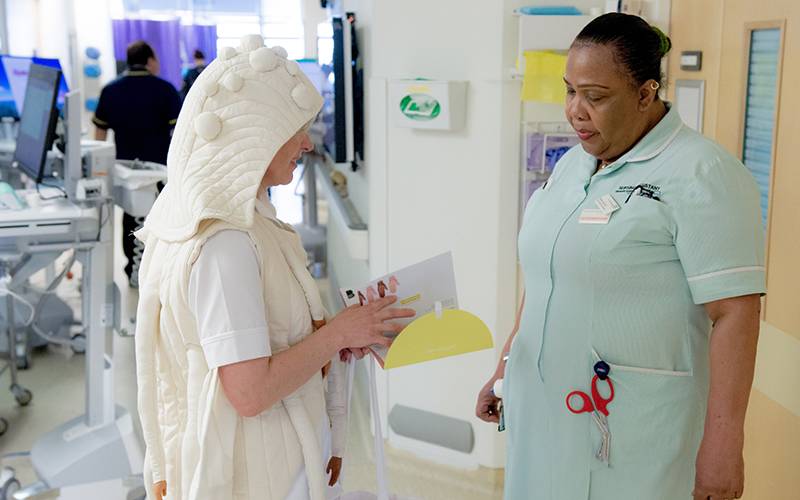 Lead image: A prototype from Microbial Storytelling and Paths of Pathogens in Hospital Environments, developed by Dr Kerstin Sailer and Julia Backhaus
Supporting image: The prototype in use.