These groups bring staff and graduate research students together to read collectively and discuss issues of the Anthropocene across disciplines.

Temporalities of the Anthropocene 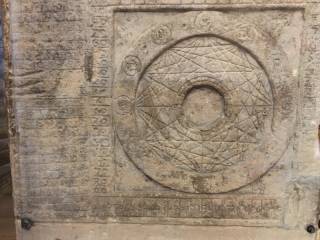 One of the great intellectual challenges raised by the Anthropocene is time itself. The idea of the Anthropocene is a temporal, geological one about where and how the Holocene ends, raising questions across a host of disciplines. Time is both squeezed and pulled here – squeezed when we think of the enormously short timescale in which anthropogenic emissions have rocketed up, pulled when we think that pollution produced now will be experienced by living organisms thousands of years hence. This group brings together colleagues across three faculties to discuss different approaches to measuring, experiencing, politicizing, representing and articulating the temporalities of the Anthropocene. This first term discussions have focused on questions of scale and Anthropocene temporalities in relation to members’ work on climate fiction, the new nature writing, different cultures’ representations of time, antibiotics and drug-resistant diseases in the long-term, measuring anthropogenic scales geologically, as well as artistic practice. 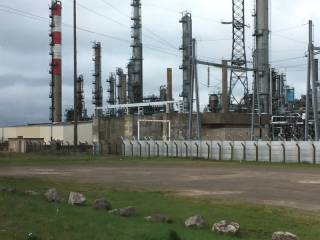 The chemical composition of environments and bodies have been transformed in the recent past, reflecting changes in agricultural production and the remarkable growth of the petrochemical, fossil fuel and nuclear industries. The chemical exposures research and reading group brings together staff and graduate research students from across the Departments of Anthropology, Science and Technology Studies, Geography, the Institute of Global Health, and the Slade School of Fine Art, all concerned with the impact and implications of the chemical transformation of the planet. Over the past two terms, we have met fortnightly on Monday afternoons and read collectively across a growing body of literature on chemicals and toxicity. A particular highlight has been series of discussions with guests including Hannah Landecker (UCLA), Angeliki Balayannis (Exeter), Emma Garnett (KCL) and Susannah Sawyer (UCD).

If you are interested in the group’s work, please contact the group's co-convenors: Sahra Gibbon (s.gibbon@ucl.ac.uk), Emilie Glazer (emilie.glazer.11@ucl.ac.uk) or Andrew Barry (a.barry@ucl.ac.uk)