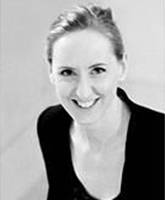 Kate Quinn is Associate Professor of Caribbean History at the UCL Institute of the Americas. Previously, she headed the Caribbean programme at the Institute for the Study of the Americas, School of Advanced Study, which she joined as a Post-Doctoral Fellow and subsequently Lecturer in Modern History in 2005. She served for many years on the Committee of the Society for Caribbean Studies and was Chair of the Society from 2012-2014. She has also served as Chair of the Haiti Support Group, a UK-based advocacy organisation, and remains on its Executive Committee.

AMER0011: Politics, Society and Development in the Modern Caribbean

Dr Quinn has supervised doctoral projects on topics as diverse as the role of organised labour in the Cuban Revolution; migration and return migration in St Kitts and Nevis; the Belize-Guatemala territorial dispute; and publishing and the black press in the Caribbean diaspora in London.

She welcomes applications from students undertaking research in areas such as

By appointment - please e-mail me