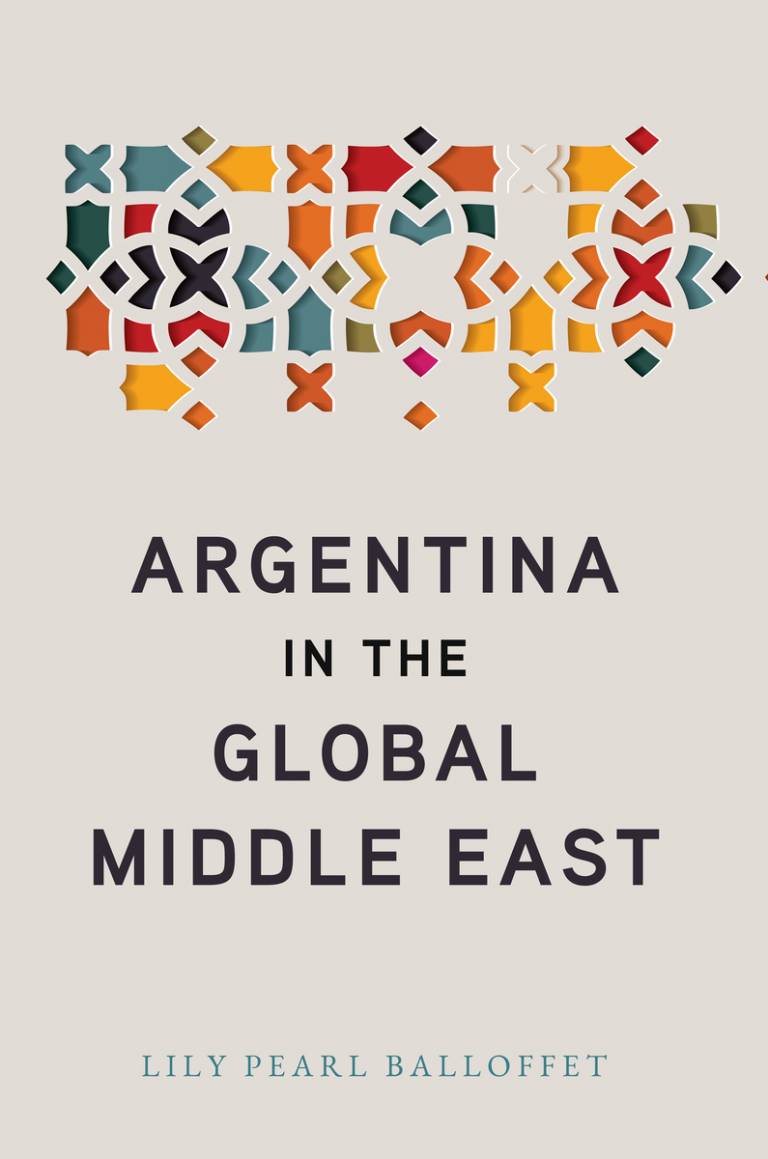 A virtual event co-organised by the UCL Institute of the Americas and the UCL Middle East Research Centre.

Argentina lies at the heart of the American hemisphere's history of global migration booms of the mid-nineteenth to early twentieth century: by 1910, one of every three Argentine residents was an immigrant—twice the demographic impact that the United States experienced in the boom period. In this context, some one hundred and forty thousand Ottoman Syrians came to Argentina prior to World War I, and over the following decades Middle Eastern communities, institutions, and businesses dotted the landscape of Argentina from bustling Buenos Aires to Argentina's most remote frontiers. Argentina in the Global Middle East connects modern Latin American and Middle Eastern history through their shared links to global migration systems. By following the mobile lives of individuals with roots in the Levantine Middle East, Lily Pearl Balloffet sheds light on the intersections of ethnicity, migrant–homeland ties, and international relations. Ranging from the nineteenth century boom in transoceanic migration to twenty-first century dynamics of large-scale migration and displacement in the Arabic-speaking Eastern Mediterranean, this book considers key themes such as cultural production, philanthropy, anti-imperial activism, and financial networks over the course of several generations of this diasporic community. Balloffet's study situates this transregional history of Argentina and the Middle East within a larger story of South-South alliances, solidarities, and exchanges.

Argentina in the Global Middle East by Lily Pearl Balloffet is published by Stanford University Press, 2020

UCL Institute of the Americas is a leading multidisciplinary specialist institution for the study of Canada, the Caribbean, Latin America and the United States. We offer the UK's largest programme of undergraduate, masters and doctoral degrees on the Americas.

UCL Middle East Research Centre (MERC) provides a focal point for in-depth research on the Middle East and North Africa at UCL. It promotes research and teaching related to the region and its intersection with the wider world, from antiquity to the present. The Centre brings together experts across several disciplines and departments, and serves as a vital hub for researchers, postgraduate and undergraduate students with an interest in the Middle East and North Africa.