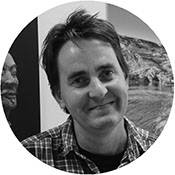 Andrew Bevan is Professor of Spatial and Comparative Archaeology at the UCL Institute of Archaeology. His primary research interests include spatial analysis, computational modelling, craft specialisation, fieldwork techniques, early complex societies, theoretical approaches to value, landscape ecology and comparative anthropological methods. He has contributed to a wide variety of different projects worldwide, including a range of research on the archaeology of eastern Asia. He has been involved with UCL and the Terracotta Army Museum's collaborative work on the bronze weapons from the tomb complex of the First Emperor since 2007, with a particular interest in how formal statistical, image-based, 2d and/or 3d spatial modelling approaches might shed light on the crafting structures and logistical priorities behind the creation of this funerary monument, as well as on the wider workings of early empires. 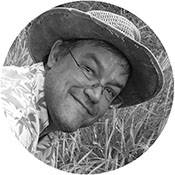 Dorian Q Fuller is Professor of Archaeobotany at University College London, and director of the International Centre for Chinese Heritage and Archaeology (UCL and Peking University). He is Honorary Professor in the School of Cultural Heritage, Northwest University, Xi’an, Shaanxi. He works on past agricultural systems and plant domestication through archaeological research in several regions, including sub-Saharan Africa, the Near East, South Asia and China. More broadly his research investigates the long-terms impacts of human landuse on regional ecosystems. He has directed excavations in India, Sudan and Iraqi Kurdistan, and has worked on field projects in Morocco, Ethiopia, Turkey, Iraq, Pakistan, Sri Lanka, Myanmar, Thailand, several provinces in China and various states of India. His recent work has included the reconstruction of early rice cultivation systems funded by NERC (UK) and the study of Comparative Pathways to Agriculture (funded the European Research Council). He is co-author of Trees and Woodlands of South India. Archaeological Perspectives (2008) and a co-editor of Far From the Hearth (2019), Archaeology of African Plant Use (2014) and Climates, Landscapes and Civilizations (2012). He completed his PhD on The Emergence of Agricultural Societies in South India (1999) at Cambridge University. He received his BA from Yale University (1995) in Connecticut and grew up in San Francisco, California.

Gang Li is the Director of the Emperor Qin Shihuang’s Mausoleum Site Museum and also a Senior Research Fellow. He was awarded an archaeology degree from North-West University. He has substantial experience in field archaeology, research, conservation, and cultural heritage management, and has been affiliated with Shaanxi Institute of Archaeology, Yangling Museum of the Han Dynasty, and Shaanxi Provincial Administration of Cultural Heritage. The projects that he has been in charge of, or involved in, include excavation of the city ruins and cemetery of the Han Dynasty at Dabaodang in Shenmu, a Xinhua site in Shenmu, a Neolothic site at Quanhu village in Huaxian county, the mausoleum complex of Emperor Jing of the Han Dynasty, and the Eastern Royal Tombs of the Qin Dynasty. He also took charge of the third National Census of Cultural Relics in Shaanxi, a survey of the Great Wall in Shaanxi, and the nomination of the Silk Roads: the Routes Network of Chang'an-Tianshan Corridor for World Cultural Heritage. 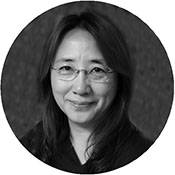 Xiuzhen Janice Li is a Senior Archaeologist at the Emperor Qin Shihuang's Mausoleum Site Museum, China. She has substantial experience in field archaeology, including the excavation of the Qin Terracotta Army, as well as further sites both in China and in the UK. Her research interests mainly focus on the application of multi-disciplinary methods to archaeological problems. Having obtained an Archaeology degree from Peking University in China, Dr. Li received an MA in Field Archaeology and a PhD in Archaeological Science from University College London. Her PhD focused on the typological, metrical and spatial analyses of the bronze weapons that equipped the Qin Terracotta Army, with a view to understand standardisation and labour organisation, and it has now also been published as a book. She recently completed a year as a lecturer in Chinese Archaeology at the University of Oxford and is nowback at UCL as a senior postdoctoral researcher for the Imperial Logistics Project. 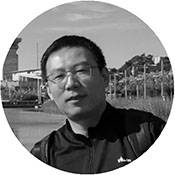 Shengtao Ma is the Director of the Collection Department in the Emperor Qin Shihuang’s Mausoleum Site Museum. He graduated from North-West University in 1999 and obtained a BA in Archaeology. He has been involved in many collections management projects, particularly focusing on creating digital archives via 3D scanning and GIS for the archaeological finds in the Emperor Qin Shihuang’s mausoleum complex. The digital 3D reconstruction of Pit 2 of the terracotta warriors and colour 3d scan of one of the bronze chariots are recent achievements. He has also worked on standards for archiving the museum collections, anti-earthquake storing, in and out storage management, and loan for exhibitions. 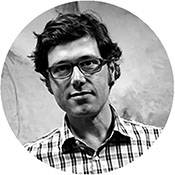 Marcos Martinón-Torres is Professor of Archaeological Science at the University of Cambridge (and formerly at the UCL Institute of Archaeology). With degrees in history, archaeology and science, he is particularly interested in the combination of scientific analyses of archaeological materials, historical research and modern experiments to reconstruct ancient technologies. In addition to his work with the Terracotta Army project, some of his most prominent research has concentrated on European alchemical laboratories, and on the production and trade of metals in the pre- and post-Columbian Americas. His research students have worked in Europe, Africa, America, China and Southeast Asia, mostly on metallurgy but also on ceramic technology. 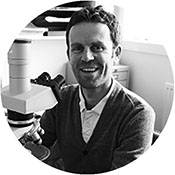 Patrick Quinn is a Principal Research Fellow at the UCL Institute of Archaeology. He is a leading expert in the field of ceramic analysis, particularly thin section petrographic analysis. His book on ceramic petrography is essential literature for any serious studies of ceramics. He has over 20 years of experience developing and undertaking research projects on ancient pottery and other ceramics from different archaeological periods and geographical regions. These include studies of ceramic production and distribution patterns in prehistoric Greece, as well as migration and cultural interaction in pre-contact North America. Patrick coordinates the Ceramic Technology Research Network at the Institute of Archaeology. He has an exceptional track record in high quality publications, including three books and over 40 peer review journal articles. He has taught specialist courses on ceramic analysis since 2005, including a highly successful intensive course on ceramic petrography, which draws participants from all continents. Patrick has significant experience in supervising masters and doctoral theses on ceramic analysis, as well as guiding post-doctoral research. Patrick conducts commercial analysis of ceramics from various periods and parts of the globe. 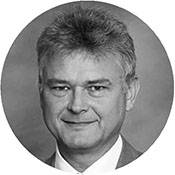 Thilo Rehren is Director of the Science and Technology in Archaeology and Culture Research Center (STARC) at The Cyprus Institute in Nicosia, Cyprus, and part-time Professor of Archaeological Materials and Technologies at the UCL Institute of Archaeology.  Before moving to Nicosia in 2017, he worked for twelve years as Professor for Archaeological Materials and Technologies at the UCL Institute of Archaeology in London (1999-2011), where he established a large research group of postgraduate students and staff studying archaeological materials, particularly glass, metals and ceramics. From 2011 to 2016 he led the establishment of UCL Qatar, a postgraduate Centre of Excellence for Archaeology, Museology and Conservation in Doha’s Education City and academic department of UCL, fully funded by Qatar Foundation. He also served as Executive Director of ICCHA, the International Centre for Chinese Heritage and Archaeology, a joint setup between the School of Archaeology and Museology of Peking University in Beijing and the UCL Institute of Archaeology, and has published on a range of Chinese materials, from the earliest faience beads to proto-porcelain and Tang sancai production to copper alloys, silver smelting and gold threads. Thilo has a PhD in Earth Sciences and a higher doctorate in Materials Science from universities in Germany, his native country. From 1990 to 1999 he worked at the German Mining Museum as research scientist at the Institut für Archäometallurgie, specialising in early crucible technologies and the processes that require their use. He is particularly interested in combining scientific approaches with the study of past high-temperature technologies, and highlighting the many different ways in which people were improving their lives through observation and ingenuity. Thilo is the Chairman of the Imperial Logistics Project Committee. 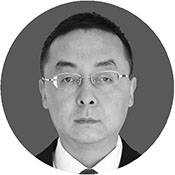 Wenbin Shao is the Director of the Archaeology Department in the Emperor Qin Shihuang’s Mausoleum Site Museum. He has a BA in Archaeology and MA in Paleolithic Archaeology from Peking University, China. He was involved in many archaeological projects, including the excavation of the terracotta warriors, K0006 pit of stable, and auxiliary tomb M1 in the Qin Emperor’s mausoleum complex. His research interests cover a variety of time periods, from the Paleolithic, to th Neolithic to the Qin and Han Dynasties. His publications also cover a variety of archaeological sites and materials, including metal, pollen and wood from the pit of the terracotta warriors. He is now in charge of ongoing archaeological survey and excavation in the Emperor Qin Shihuang’s mausoleum complex. 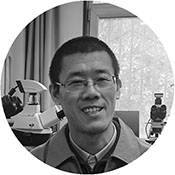 Yin Xia is the Director, and also a Conservation Scientist and Senior Research Fellow, in the Conservation Department at the Emperor Qin Shihuang's Mausoleum Site Museum. He has a BA in Chemistry and an MSc in Conservation from the North-West University, China. He has been involved in many restoration and conservation projects since 1997. One of the important projects he has contributed to is the cooperative research between China and Germany on the conservation of the polychromy on the terracotta warriors. He also worked in the in situ conservation of other sites within the tomb complex, including the pit of stone armours and the pit of terracotta acrobats. During the last decade, his interests have mainly focused on the origin and development of ancient pigments, especially Chinese Blue and Chinese Purple. He has analysed samples of polychromy and pigments from over one thousand archaeological sites and museum collections. 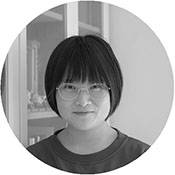 Ying Yang is a Conservation Scientist in the Conservation Department at the Emperor Qin Shihuang's Mausoleum Site Museum. She has a BA in Science and MA in Conservation from Northwest University, China. She has been involved in scientific analysis of remains excavated from the mausoleum complex and several restoration and conservation projects since 2018. From 2018 to 2019, she participated in the UCL and the Terracotta Army Museum's collaborative research on the manufacture of terracotta warriors and horses. She is beginning a new study of the charred wood from the First Emperor’s mausoleum as a PhD student in UCL in order to explore issues related to wood resources and past environments during the Qin Empire.