UCL-TB team has two papers in The Lancet 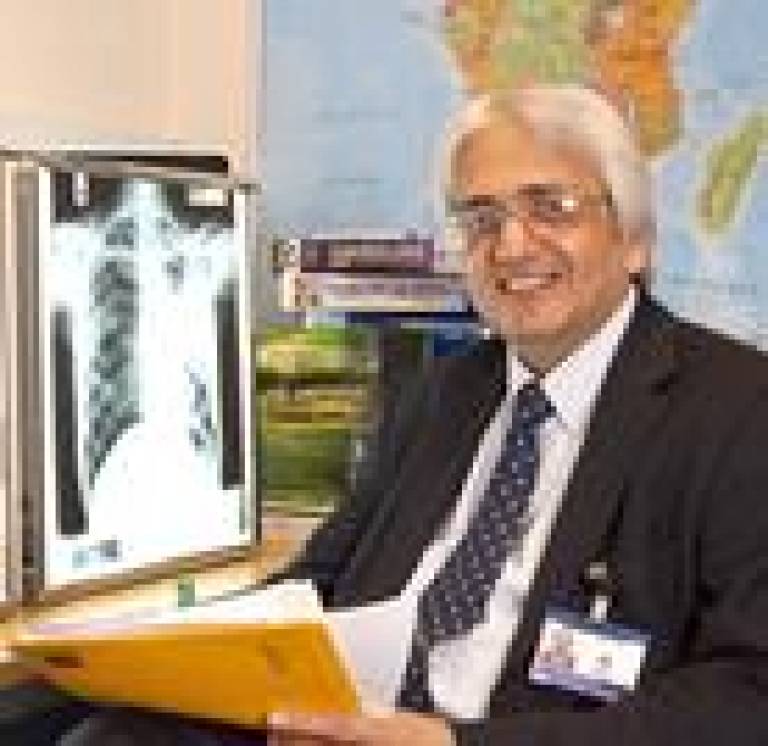 These articles highlight a huge undiagnosed burden of tuberculosis, and call for more investments into more proactive screening for tuberculosis and increased research for developing shorter, more effective treatments to reduce the burden of multidrug-resistant (MDR) and extensively drug-resistant (XDR) tuberculosis.UCL Researchers publish two papers in The Lancet

In their autopsy study of adult inpatients at University Teaching Hospital, Lusaka, Zambia published in Lancet Infectious Diseases, the researchers found that tuberculosis was the commonest cause of death and that a huge load of tuberculosis and multi-drug resistant TB was missed ante-mortem and only diagnosed at autopsy. These data suggest that current global estimates of TB by the WHO at 9 million people with active tuberculosis in 2013 and 1.5 million people dying of it are 'underestimates' and the investigators call for a high degree of clinical awareness for diagnosing tuberculosis, and for increased governmental investments into health services for more proactive screening for tuberculosis. and the data could unlock further investments into health services.

In a 'state of the art' paper on TB treatment and Management, published in The Lancet Respiratory Medicine, Professor Ali Zumla and his international collaborators said treatment success rates of MDR and XDR tuberculosis are unacceptably low and the development of new, more effective tuberculosis drugs and adjunct host-directed therapies to improve treatment outcomes is urgently required. They give an update on new drug development and summarise the results of several phase 2 and phase 3 tuberculosis treatment trials;  stating that the failure of moxifloxacin and gatifloxacin to shorten the duration of therapy was disappointing.

They point out that in light of the 'sparse' new TB drug pipeline there is an urgent need for increased investments into the development of new anti-tuberculosis drugs, adjunct therapies and vaccines, coupled with visionary political leadership for more investments into health services as "the best chance to change the 'unacceptable status quo' of the tuberculosis situation worldwide and the growing problem of drug-resistant tuberculosis."