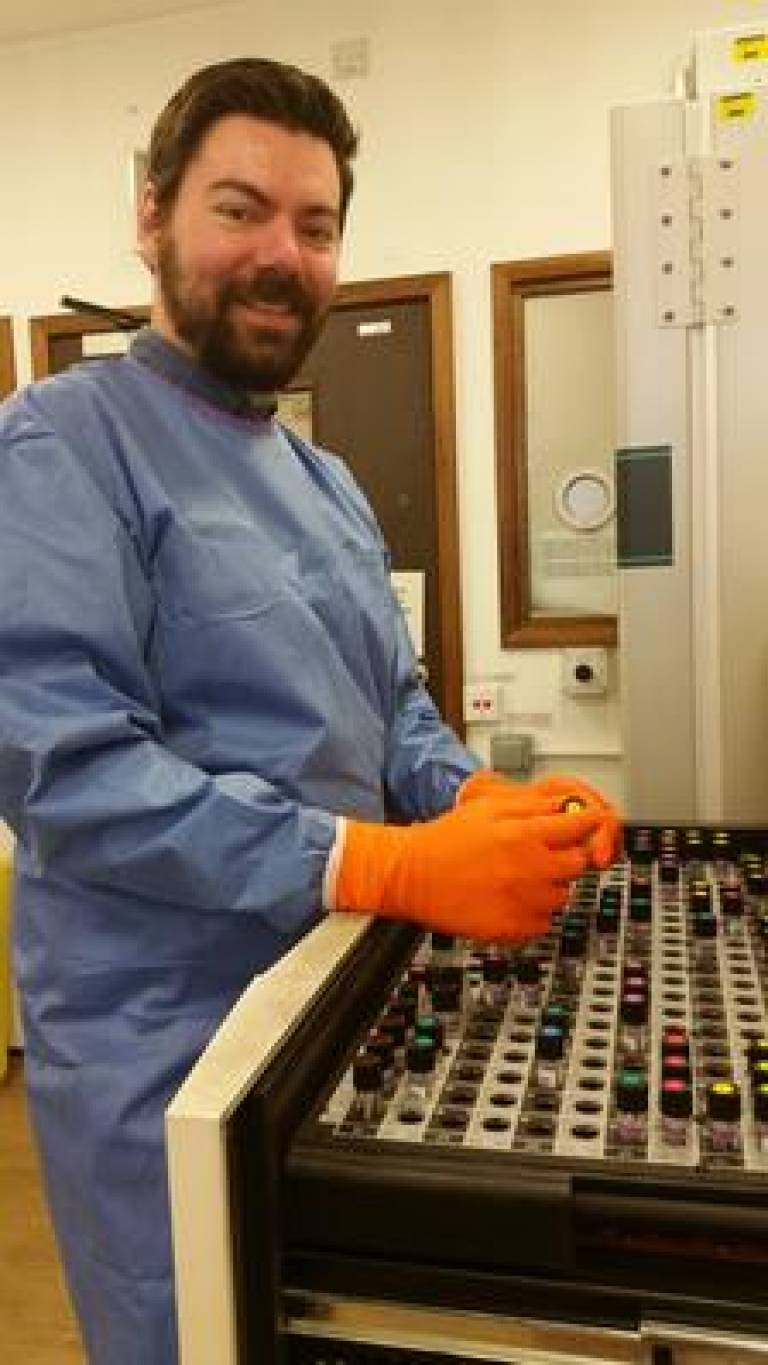 UCL-TB is very pleased to announce that Dr Dimitrios Evangelopoulos will shortly be joining The Crick Institute.

Dimitrios has been working with Tim McHugh's team on the PreDiCT-TB consortium project for 3 years developing models for evaluating the efficacy of new drugs and drug combinations as well as molecular tools to enumerate mycobacteria in animal samples. Prior joining UCL, Dimitrios pursued his PhD at Birkbeck College working at Dr Sanjib Bhakta's laboratory. He will be sadly missed by his colleagues at the Centre for Clinical Microbiology, but they are very pleased that he has fought off fierce competition to take up a 4 year postdoctoral post to work at the new Francis Crick Institute building next to the British Library and St Pancras station (when it opens in the new year, until then he'll be in the former NIMR building at Mill Hill). Dimitrios will be working under Dr Luiz Pedro Carvalho on applying metabolomics towards TB drug discovery. We wish Dimitrios all the best.

"Jim (Dimitrios) joined the Centre for Clinical Microbiology after completing his PhD and a period of post-doctoral work at Birkbeck and Oxford in a joint programme of work led by Sanjib Bhakta and Edith Sim. Jim brought wide ranging experience, enthusiasm for his subject and a willingness to contribute to everything that was going on. He has a real passion for TB drug development and employed on the PreDICT project, he led on the development of transcriptomic approaches to the investigation of drug action in M. tuberculosis. We will continue to work together as there is so much to do. Jim has been a stalwart of the team and many research students have benefited from his mentorship - he has been ring leader on several 'busman's holidays' for the team - selecting conferences that appeal to all tastes!"