Climate action is not gender-neutral. This project explores how policy makers can drive inclusive climate mitigation

The Urban Innovation and Policy Lab has been collaborating with the C40’s Women4Climate programme to explore the ways in which climate change is gendered, and more importantly how city leaders might drive towards more inclusive and just climate action. Mayors, city officials and urban planners could be doing much more to benefit 50% of their populations, by ensuring action on climate change delivers equal benefits for women and men within the world’s cities. The report, Women4Climate: Gender-inclusive climate action in cities, was published ahead of the third annual Women4Climate Conference. 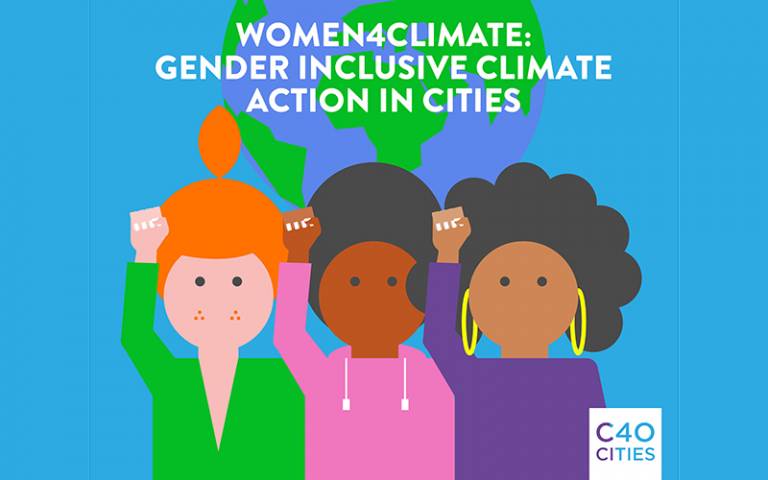 The specific examples detailed in the research includes a focus on public transport. Bus and metro networks tend to prioritise routes that bring commuters from suburbs into the city centre. These routes are assumed to offer the greatest economic benefit to the city, and they are statistically more likely to be used by men. Yet the majority of journeys on public transport in cities are made by women, taking shorter trips, with multiple stops and outside commuter hours. The report highlights that city planners looking to develop low carbon and sustainable transport options would benefit by taking their main customers into consideration.

To achieve gender-inclusive climate action more women are needed in leadership positions, bringing their perspectives and experiences into the decision-making processes, and more gender expertise to better understand the differentiated gendered needs within cities. The report urges mayors to invest in mentoring programmes to strengthen female leadership in climate action, such as those underway as part of the C40 Women4Climate Initiative, collect gender-disaggregated data and conduct women’s safety audits.

The research also features a series of case studies from leading cities that have successfully implemented policies that deliver inclusive climate action and benefit all citizens. From Barcelona’s Plan for Gender Justice, to San Francisco’s investment in collecting gender and race disaggregated data on who uses its cycling infrastructure, there are inspiring projects for other cities to learn from. Case studies from Paris and London also showcase the steps that cities have taken to increase women’s leadership respectively in the climate grassroots movements and in the clean tech sector.