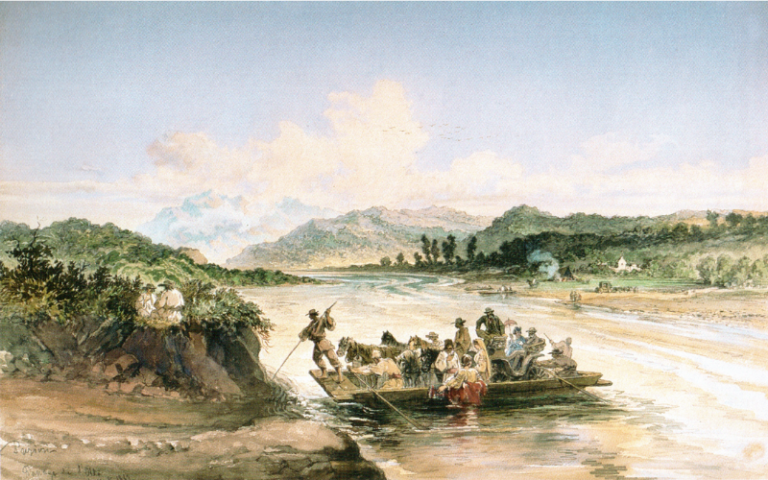 'This seminar is part of the 21 in 21 series of events marking the bicentenary of the outbreak of the Greek War of Independence'.

In 1982, Gutenberg Publishing House in Athens issued Nikolai Todorov's book "Balkan Aspects of the 1821 Revolution. Bulgarians' contribution". Todorov, a Bulgarian historian of international standing, in this work brings out for the first time a nominal list of rebels who, after crushing of the uprising in Danubian Principalities (Battle of Drăgășani, June 19, 1821), crossed the river Prut and fled to Bessarabia. This nominal list kept in Odessa Archives provides us with information about nationality, place of birth, professional status, permanent residence, and the insurgents' route to Moldavia. The list contains about a thousand men who had joined forces of Filiki Eteria (Friendly Society) under the general command of Prince Alexandros Ypsilantis. It includes those rescued from the deadly battle of Sculeni (June 29, 1821) and those who crossed the river Prut from all possible passages into Bessarabia with a colonel of the Russian army, Georgios Kantakouzinos. From the list published by Todorov, 506 told the Russian authorities that they were Greek. The rest were mainly Moldavians, Bulgarians, Albanians, or Serbs.

Analysis of information about the group of Greek revolutionaries who, after a painful defeat in the Principalities, fled to Bessarabia and were put under Russian supervision at a detention camp in Orgiev allows us to make some useful points about the composition of Filiki Etairia's forces. The main areas of origin of those men who fought under its banners were Peloponnese, Epirus, Thessaly, the Ionian, and Aegean Islands. Most fighters became Eterists in the Danubian Principalities, in the Greek communities of Southern Russia or in Constantinople. They represented almost every vital profession of the Greek nation. Most of them were merchants. Others worked as captains and sailors. A few of them were farmers; many had served as mercenaries to local boyars' forces in Moldavia and Wallachia. Some were former officers of the Russian imperial army, provincial officials, students, non-commercial clerks, teachers, doctors, tailors, and bakers.

Tudor Vladimirescu, a pandur from Oltenia in southwest Wallachia, is often cast as a ‘social rebel’ and Romanian popular hero due to his role in the events of 1821 in Wallachia. Historians contrast the uprising he led from his home province to that of Prince Alexandru Ipsilanti, a member of the Phanariot elite, who invaded Moldavia at the same time. Vladimirescu’s and Ipsilanti’s aims did indeed clash, and the former was indeed killed by one of the latter’s men. But here I seek to show that Vladimirescu’s power base, just as much as Ipsilanti’s, depended upon a patronage network which straddled Habsburg, Ottoman and Russian frontiers and enabled him to forge connections. He was well travelled and educated, writing in German and Greek as well as Romanian; well connected, having associates and correspondents in Vienna, St. Petersburg and Istanbul; and an astute businessman, trading in cereals and livestock to consolidate his wealth. More generally, he was part of a class of men from western and northern Wallachia whose social ascendancy, not unlike that of some Serbian, Bulgarian and Greek ‘national’ heroes, was a product of the interimperial conjuncture at the start of the modern age.

Revolutions often inspire visions of new types of polities, alluring for those who feel underrepresented. The Greek Revolution was no different. Convinced that enlightened and romanticism ideas would afford them inclusion, women who self-identified as Greek imagined a community, a new country, where they would be allowed personhood and citizenship. From Elisavet Martinengou, who lived a life of utter seclusion in her house in Zante, and Evanthia Kairi, who respected contemporary expectations by never signing her work, to Isabella Teotochi-Albrizzi, the “Queen of Venetian salons” and Roxandra Stourdza, the confidant of the Russian emperor, many different patrides (homelands) emerged in many different locations. At the core of these varied conceptualizations, one finds the polysemic character of patriotism. Greekness was not an exclusive quality. One could lament the fate of Greece under the Ottoman yoke and a few pages later talk about Russia with equal passion and devotion. As the geographies surrounding them were transforming, the history of these women’s patriotism cannot be told if we do not open our gaze to a broader geographical space and if we do not take into consideration the material circumstances within which they lived and worked. Bearing this context in mind, I set out to examine the relationship between gender and patriotism in different kinds of texts (memoirs, autobiographies, translations) written by Greek women between 1800 and 1832.

Image credit: Trecerea Oltului scanned from Adrian-Silvan Ionescu, Preziosi în România, Noi Media Print, 2003, ISBN 973-85881-6-2. This file has been identified as being free of known restrictions under copyright law, including all related and neighboring rights.