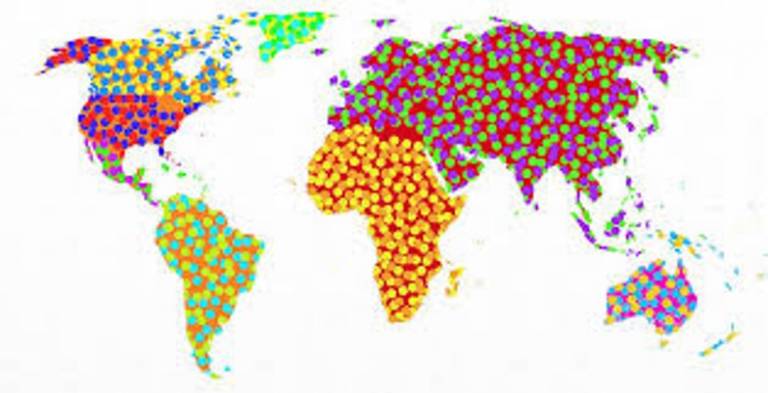 Technological change and trade policy have fundamentally transformed international trade and investment in recent decades. We have seen an unprecedented expansion of trade and the fragmentation of production across borders, which has created new opportunities but also new challenges for firms and countries. As every process of accelerated change in economic history, the transformation of trade has unleashed political and social tensions, intensifying the debate on the welfare effects of trade. After such a compelling introduction, Professor Kalina Manova began her Inaugural Lecture by posing two questions that have shaped her research agenda. From a political perspective, she asks herself what are the main globalization phenomena that we must understand to inform economic policy. From a more academic motivation, she explores what are the economic mechanisms driving these phenomena.

With these questions in mind, the exposition covered three fundamental topics in international trade: firm heterogeneity, financial frictions and Global Value Chains (GVCs). There is significant variation in the extent to which firms participate in international trade and  firm productivity is a strong predictor of global activity. This heterogeneity is important for welfare outcomes, since trade leads to the reallocation of output from the least productive firms to the most productive ones. However, firms need to finance their operations, so firm heterogeneity interacts with financial market imperfections. These credit constraints are particularly relevant when facing the additional cost, longer shipping time, and increased risk of international transactions. On the other hand, a large share of trade expansion in recent decades is related to the trade of intermediate inputs for production, so it is important to understand the drivers and consequences of firm participation in GVCs.

Despite significant differences in firm characteristics, it is less clear what drives this heterogeneity. Early views on this topic focused on the competitiveness of firms – i.e. the most productive firms have lower marginal costs and lower prices for a given product quality. Using detailed customs data for China and the US, Professor Manova’s work has shown the role that product quality plays in firm performance. Successful firms import higher-quality and more expensive inputs to produce, while also exporting higher-quality and more expensive goods. Her research goes one step further by exploring the relationship between management practices and quality capacity. Since poor product quality and managerial know-how hinder trade and entrepreneurship, these findings have key policy implications for developing countries.

The international trade literature had largely ignored the role of financial markets, even if trade is more dependent on external finance than domestic production. Financial development varies significantly across countries, while industries differ in their dependence on the financial system, so that credit constraints do not affect all firms equally. By exploiting this variation, Professor Manova shows that financial frictions severely reduce trade and participation in GVCs. The role of credit constraints is particularly important for smaller and less productive firms, but local financial conditions also shape the operation of multinational companies. Moreover, the impact of financial frictions on trade is large relative to other factors. Financial development alone explains about 22% of trade growth between 1985 and 1995, compared to 12% dure to capital accumulation and population growth.

In light of these novel results, an important policy implication concerns the role that state-backed Export Credit Agencies can play in promoting trade in developing countries, which often suffer from weak financial institutions. Financial reforms will also be important for countries seeking to attract Foreign Direct Investment (FDI). Furthermore, relaxing credit restrictions would allow firms to expand and improve their participation in GVCs. In fact, a better understanding of these global networks of buyers and suppliers is one of the most active areas of research in international economics. How can GVCs be conceptualized and measured? What are the implications for firm performance and aggregate growth? One thing is for sure, Professor Manova's current research agenda will allow for a better answer to these questions.

Catch up on the recording of Kalina's lecture

This lecture is part of the 2020/21 series for UCL's Faculty of Arts & Humanities and Faculty of Social & Historical Sciences. The series provides an opportunity to recognise and celebrate the achievements of our professors who are undertaking research and scholarship of international significance, and offers an insight into the strength and vitality of the arts, humanities and social sciences at UCL.

For information on previous and upcoming lectures please visit: https://www.ucl.ac.uk/social-historical-sciences/news-events/inaugural-lectures