Digging deeper: The True History Behind Netflix’s ‘The Dig’ 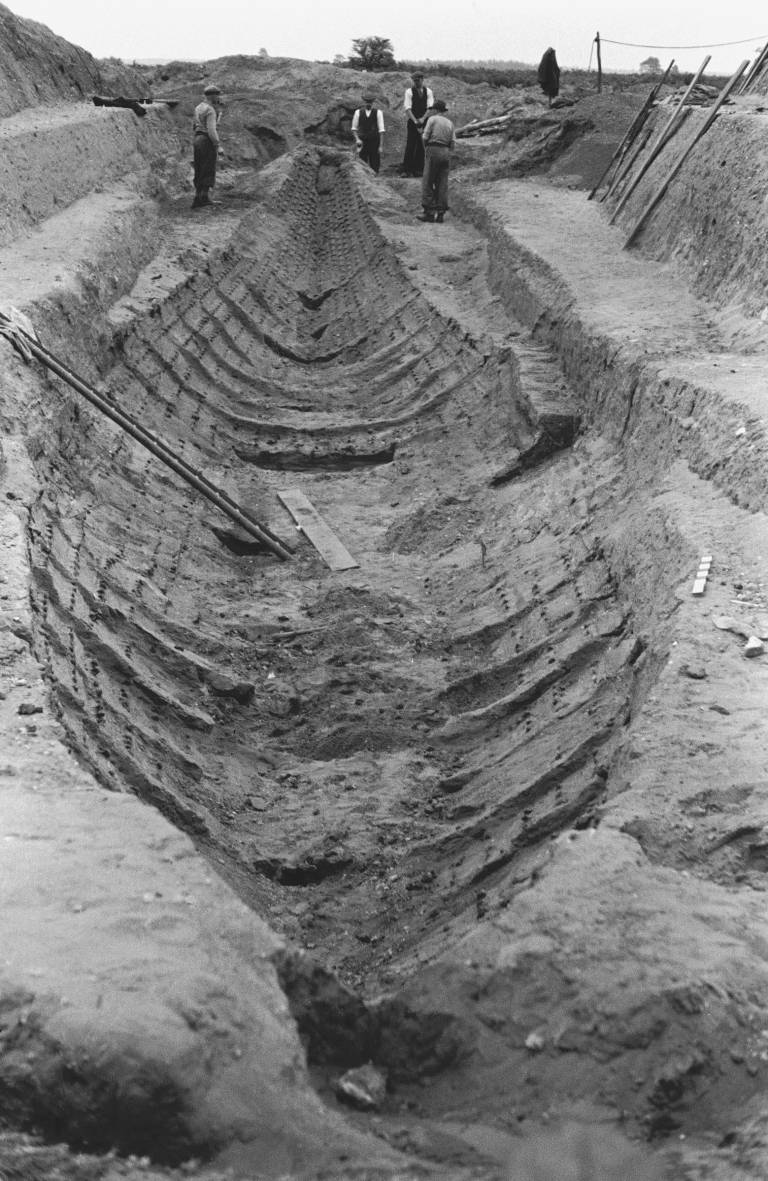 Join our panel of experts as they discuss the real events of Sutton Hoo that inspired the BAFTA nominated film, 'The Dig'.

Netflix historical drama The Dig centres around the famous Sutton Hoo excavation of an Anglo-Saxon burial ship in Suffolk, southern England, on the eve of the Second World War.

Considered to be one of the greatest archaeological discoveries of all time, this stunning find was revolutionary in historians’ understanding of the early Anglo-Saxon people who lived in medieval Britain.

Join our panel of experts as they discuss the real events of Sutton Hoo that inspired the BAFTA nominated film. We’ll also be reflecting on the remarkable response to the film by viewers, the balance between historical accuracy and dramatization, how archaeology is represented in the popular media and on TV, and how the team accessed British Museum archive material to recreate the burial.

Find out how UCL's Institute of Archaeology relates to the iconic dig and what it's actually like to be at an active dig site.

Image: Image of the excavation in 1939, Mercie Lack, © Trustees of the British Museum