This intensive five-day online summer school is open to anyone who wants to learn about ancient philosophy and its protagonists.

You'll consider topics such as ethics, metaphysics, and theories of knowledge.

The course aims to demonstrate how critical perspectives on the world around us are dynamic and multifaceted, and that the questions and issues raised by ancient philosophers are still relevant today.

A range of different courses are available, from beginners to more advanced.

The Summer School is run by UCL Department of Greek and Latin.

The summer school is open to anyone over 15, including GCSE and A level students, university students and mature learners who want to expand their knowledge of ancient philosophy.

You don't need any prior knowledge of ancient philosophy or philosophy.

You can choose to study one of the following courses:

Further information about the programme is available on the Department of Greek and Latin's website.

You'll have access to a variety of online material before and throughout the course.

There will be five classes each day (including a debate session), between 10:30am and 3:30pm. Times may change, but you'll be told about this in advance.

Classes will consist of lectures, close reading of texts, and debates.

For classes, you'll be assigned to a teaching group of about 15 to 20 people. Groups will be made up of students of roughly the same level of experience.

There's no formal assessment. You'll receive a certificate of attendance on completing the course.

Depending on your chosen level, after completing the course you'll be able to: 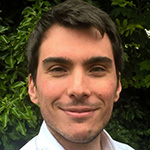 Nicolò is an Honorary Research Fellow in the Department of Greek and Latin at UCL and the Department of Classics, Ancient History, Archaeology and Egyptology at the University of Manchester. Nicolò was born and educated in Bologna, Italy. After completing a BA in Electronic Engineering, he took a BA and an MA in Philosophy at the University of Bologna. He completed a PhD in Classics at Durham University with a dissertation entitled Philosophy in Verse: Competition and Early Greek Philosophical Thought. After his PhD, he spent a year at Trinity College Dublin as the Newman Research Fellow in the Trinity Plato Centre.