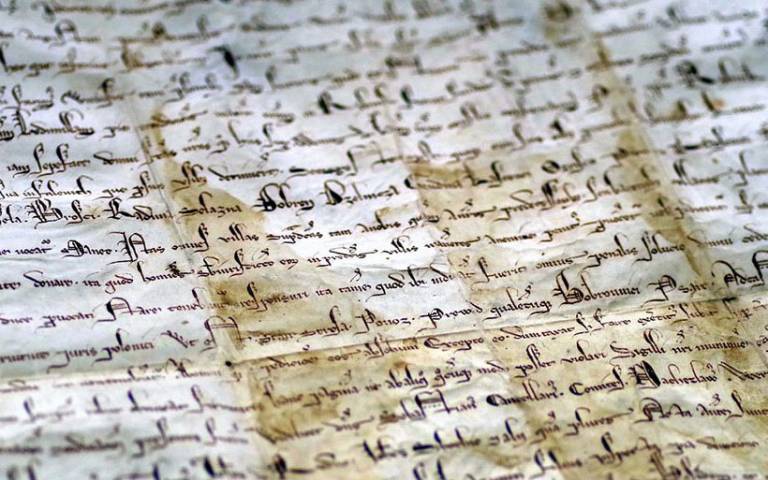 SEAHA student Charlie Willard recently had the opportunity to image a 15th-century genealogical roll. Held at UCL Special Collections, the roll details the lineage of the Kings of England and draws direct ancestral links between the Plantagenets, legendary King Arthur and even biblical figures such as Adam and Eve.

Six meters long and constructed from eight joined sections of parchment, Charlie captured images of the roll at 400 different wavelengths of light using a hyperspectral camera. A prototype frame was built to allow for translational motion over the roll enabling images to be taken at regular distance intervals. In total, Charlie obtained 50GB of data including calibration data from sixty scans. The next stage is to stitch the images together which will create one large composite image, this can then be processed to see whether the same inks have been used throughout the roll.

Below, Charlie explains how what hyperspectral imaging can show and what he plans to do after:

Charlie’s imaging of the roll feeds directly into his MRes research exploring hyperspectral imaging for large heritage surfaces. Using this case study, Charlie will test and develop image stitching techniques for hyperspectral images which will then progress to new scanning systems at UCL Here East.

Charlie Willard is currently a SEAHA MRes student, whose PhD project will be exploring further imaging of heritage surfaces and he will be based in the UCL department of Medical Physics and Biomedical Engineering. He is supported by partners the Camlin Group and the Rijksmuseum. Find out more about Charlie's research