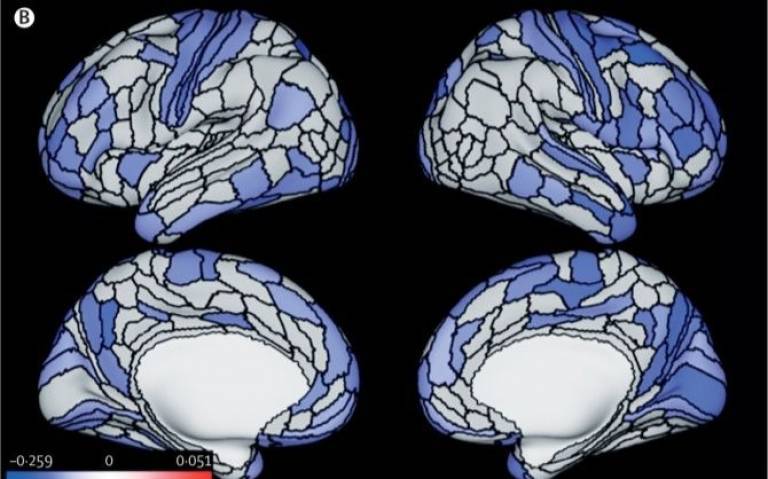 The study, published in The Lancet Psychiatry, identified brain differences between people who engage in antisocial behaviour – such as theft, aggression, violence, bullying, lying, or repeated failure to take care of work or school responsibilities – only during adolescence and those who persist throughout adulthood.

“Our findings support the idea that, for the small proportion of individuals with life-course-persistent antisocial behaviour, there may be differences in their brain structure that make it difficult for them to develop social skills that prevent them from engaging in antisocial behaviour. These people could benefit from more support throughout their lives,” said lead author Dr Christina Carlisi (UCL Psychology & Language Sciences).

“Most people who exhibit antisocial behaviour primarily do so only in adolescence, likely as a result of navigating socially difficult years, and these individuals do not display structural brain differences. It is also these individuals who are generally capable of reform and go on to become valuable members of society.”

The study provides the first robust evidence to suggest that underlying neuropsychological differences are primarily associated with life-course-persistent antisocial behaviour.

The researchers used MRI brain scans from 672 participants, aged 45 years, involved in the Dunedin Study cohort in New Zealand who have been taking part in research since birth.

Analysing the MRI brain scans, the authors measured and compared the average cortical thickness and cortical surface area (measures of the size of grey matter – a type of brain tissue), between these three groups.

However, widespread differences in brain structure were not found for the people who only engaged in antisocial behaviour as adolescents and young adults compared with either the non-antisocial or persistent antisocial groups.

The authors say their findings may have implications for the way we treat juvenile offenders.

Adolescents exhibiting antisocial behaviour which began in childhood are often diagnosed with conduct disorder, and these children are at an increased risk for incarceration and poor physical and mental health later in life.

Co-author Professor Terrie Moffitt (Duke University, USA), said: “Political approaches to juvenile offending often swing back and forth between punitive measures and approaches that give young offenders room to reform. Our findings support the need for different approaches for different offenders – however, we caution against brain imaging being used for screening, as the understanding of brain structure differences are not robust enough to be applied on an individual level.

“Instead, we need to recognise that individual development can be one driver of serious repeat offending, but to also appreciate that this is not the case for all juvenile offenders.”

Acknowledging the limitations of their study, co-author Professor Essi Viding (UCL Psychology & Language Sciences), cautions: “It is unclear whether these brain differences are inherited and precede antisocial behaviour, or whether they are the result of a lifetime of confounding risk factors (e.g., substance abuse, low IQ, and mental health problems) and are therefore a consequence of a persistently antisocial lifestyle.”