Quitting smoking and doing more exercise can cut the chances of becoming frail in later years by more than half, according to new research led by De Montfort University Leicester (DMU) and UCL. 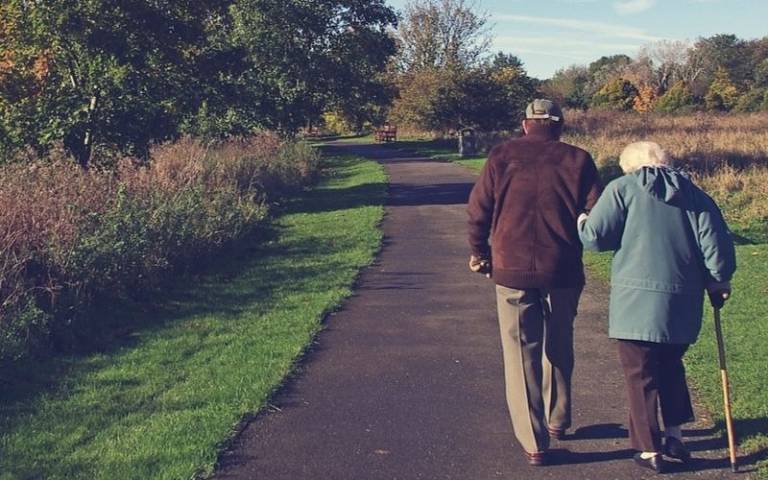 A team of researchers from UCL, De Montfort University Leicester and St George’s University, Grenada, studied data collected by the English Longitudinal Study of Aging (ELSA), which collects information from people aged over 50 to understand aspects of growing old.

The study, published today in PLOS ONE, has been running since 2002 giving the research team a large database to analyse.

They found that a person with an average age of 67, who takes part in mild physical activity or is sedentary and is a current or previous smoker had a 59% chance of becoming frail by the time they were 79.

In contrast, a person of the same age, who took part in moderate or vigorous physical activity, who had never smoked had a 22% chance of becoming frail over the same period.

Although there is no fixed medical definition of frailty, the research team said that frailty was defined using an index made up of 56 indicators of healthy ageing, including chronic diseases, difficulties with carrying out tasks of daily living and cognition, mobility and disability, depressive symptoms, and cognitive function.

Dr Nina Rogers (UCL Institute of Epidemiology & Health Care) said: "Frailty is a great target condition for intervention because it appears that people can make decisions that significantly reduce their risk. People don't wake up frail one day, it's a process that takes many years or decades which means that early interventions may be very effective. Approximately 50% of health and social care spending is on people whom frailty is a factor so there are economic as well as social benefits to reducing the numbers of older adults becoming frail."

Dr Nils Niederstrasser (De Montford University) said these findings allowed his team to predict which patients were likely to develop frailty and therefore benefit from interventions to decrease the chances of it progressing.

“In order to do this we needed to know which individuals were predisposed to becoming frail and which lifestyle choices they were making which might accelerate this.

“The results of this work will allow us to develop simple guidelines which we can distribute and help to reduce the onset of frailty in older people.”

Dr Rogers added: "These findings are very relevant in the context of an ageing population and emphasise the importance of lifestyle in order to mitigate the risk and severity of frailty as we age."