A UCLH and UCL led trial of a technique to preserve men’s sexual potency after prostate cancer surgery has begun to recruit participants across the UK. 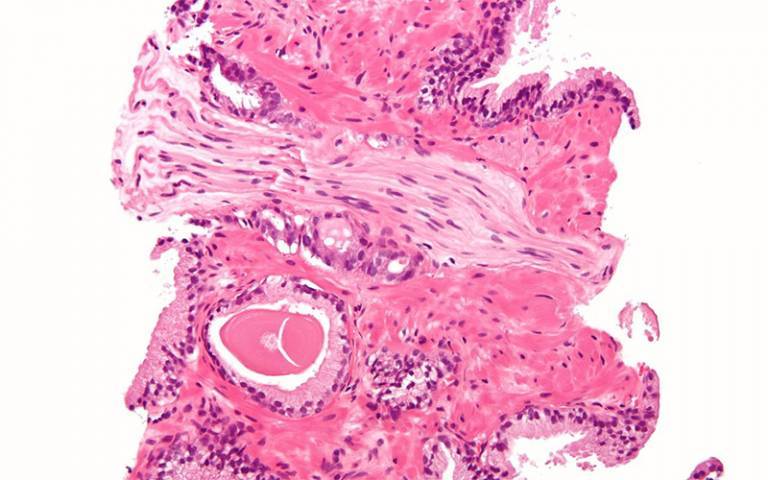 The trial of the NeuroSAFE procedure – designed to avoid the removal during surgery of nerves near the prostate which are important for sexual function – is being led by UCLH consultant urological surgeon Greg Shaw and sponsored by UCL.

The procedure – originally developed in Germany – has been done in some hospitals during prostate surgery with a robot over the last six years, but a trial definitively showing whether it is effective has never been done – until now.

Researchers aim to recruit 400 men over two years to the trial which will take place at UCLH in London and at sites in Bristol, Sheffield and Glasgow – meaning the procedure will be available for the first time in Scotland.

The trial will be funded by the National Institute for Health Research and the JP Moulton Foundation, and comes after the team’s preliminary study in London provided hints the technique could be effective and after the procedure was nominated for a Health Service Journal award.*

Prostate cancer survival rates are high for patients whose cancer hasn’t spread and who undergo an operation to remove their prostate.

However, surgery can lead to a loss of sexual function because the nerves controlling erections run close to the prostate and can be damaged or removed in the process of removing the cancerous prostate.

Nerve sparing – where surgeons aim to carefully avoid these nerves when cutting away prostate tissue – increases post-operative potency, but also increases the risk of cancer being left behind and the need for radiotherapy, which can render a man impotent even if he had nerve sparing surgery. The current practice of nerve sparing relies on MRI scans, biopsy results and clinical examination.

During surgery, a pathologist examines the prostate near the nerves to check for exposed cancer. If there is no cancer present, nerve bundles can be left in place. If cancerous cells are present, these nerve bundles are removed – but only where it has been proven necessary.

In a smaller study carried out by researchers in London to assess the feasibility of a UK-wide study, only a small number of men who underwent the NeuroSAFE procedure needed nerve bundles to be removed – suggesting the technique could improve outcomes for men undergoing surgery.

Mr Shaw, who has an honorary position in UCL Surgery & Interventional Sciences, said: “We are encouraged by what we saw in our feasibility study and are excited to now be moving on to our UK-wide study. Recruitment to both the feasibility study and our larger study has been much faster than expected, with men travelling from all over the UK to take part – which shows the extent of the need for a procedure like this.”

“This is the first time the procedure is being trialled at this scale, and we hope to show it can preserve sexual function for the patients we operate on.”

Mr Shaw said he launched the trial after seeing two patients end up with untreatable cancer after deciding not to undergo surgery due to concerns over the side effects.

“They chose not to have surgery because they were so scared of the side-effects. But the cancer spread, meaning it was no longer curable. They are going to die of that cancer. That was the impetus for the trial,” he said to the Evening Standard earlier this year.