E-cigarettes may double success rates for those quitting smoking

People using e-cigarettes to quit smoking are about 95% more likely to report succeeding than those trying without, according to a large, UCL-led population survey of smokers in England. 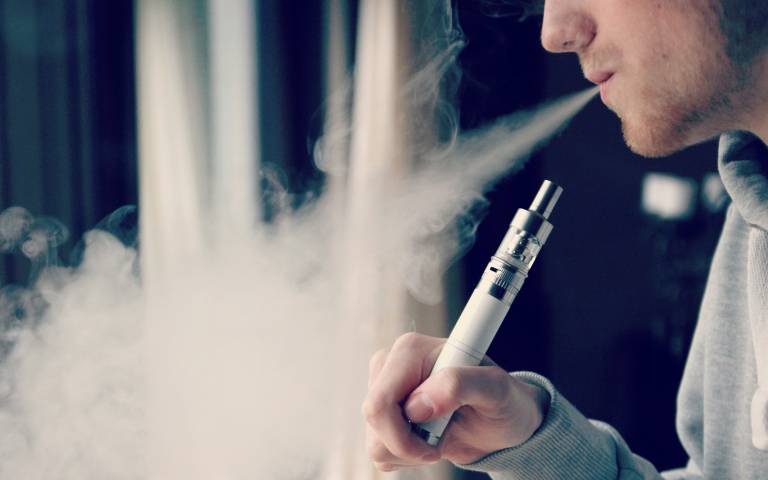 The study, published today in the journal Addiction, is one of the largest to examine the success rates of all the commonly used methods people use to stop smoking. The study accounted for a wide range of things that might have influenced success at quitting, including age, social grade, level of cigarette addiction, previous quit attempts, and whether quitting was gradual or abrupt.

Smokers who were prescribed nicotine replacement therapy (NRT – patches, gum, lozenges etc) were 34% more likely to succeed in quitting, while those buying NRT from a shop were no more likely to have succeeded than those using no form of help at all.

Dr Sarah Jackson (UCL Epidemiology & Health Care), lead author of the study, said: “Stopping smoking reduces the risk of chronic diseases and increases quality of life and life expectancy. It is therefore important that every quit attempt has the best possible chance of success.

“Our study adds to growing evidence that use of e-cigarettes can help smokers to quit. It also raises concerns about the apparent lack of effectiveness of NRT bought from a shop.”

The study, funded by Cancer Research UK, involved 18,929 people who had tried to quit smoking in the preceding 12 months, collected over a 12-year period from 2006 to 2018. Successful quitters were defined as those who reported that they were still not smoking.

The study also found that people who were prescribed the anti-smoking drug varenicline (known as Champix in the UK) were approximately 82% more likely to have succeeded in stopping smoking than those who tried to quit without.

E-cigarettes and prescriptions for Champix and NRT have been found to improve success rates in the controlled environment of randomised trials. The results of this survey support the view that these findings generalise to the population at large.

Additionally the study found that being prescribed NRT was linked to higher success rates only in older smokers, and the use of websites was linked to quit success only in smokers in low paid and manual occupational groups.

Dr Jamie Brown (UCL Epidemiology and Health Care), who led the research team, said: “It is important that e-cigarettes appeared to be equally effective for smokers of all ages and social backgrounds. Smoking is one of the biggest contributors to health inequality between rich and poor and the growth in e-cigarette use may ultimately start to reduce this gap.”