The continued dominance of men in senior medical positions is one of the main causes of the gender pay gap in medicine, an NHS review led by a UCL academic reveals. 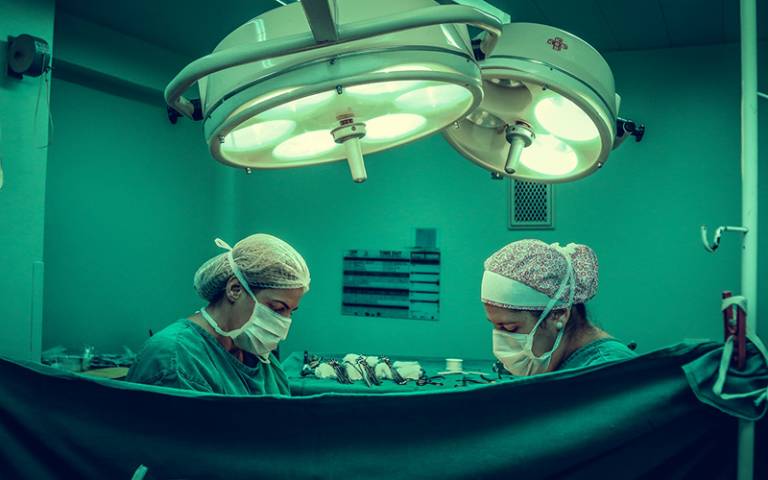 Male doctors are earning £1.17 for every £1 earned by female doctors in the NHS, the review shows, with new data revealing two in three consultants are men.

The Gender Pay Gap in Medicine Review, led by Professor Dame Jane Dacre (UCL Medical School), is the largest examination of gender pay data ever conducted in the public sector, and was commissioned by the Department of Health and Social Care in April 2018 to advise on action to deliver improved gender equality in the NHS.

“Our research shows that the gender pay gap in medicine is slowly narrowing, but with more to do. The findings of the review will help us to work with government, employers and the profession to identify and understand the main contributors to the gap, and to explore ways to reduce it, based on our evidence,” said Professor Dacre.

Promoting a culture of respect, equality and diversity will be at the heart of the workforce implementation plan, which will be set out later this year as part of the next phase in delivering the NHS Long Term Plan.

Today’s interim update from the Review team shows the gender pay gap for doctors is 17% based on their total pay, a large contributor to the overall 23% NHS pay gap.

The review’s preliminary findings reveals the full extent of the gender pay gap, which the Government is committed to tackling:

The full review to be published later this year is expected to address underlying causes of these disparities, such as the impact of motherhood and women’s career progression while working irregular hours or part-time.

Health Minister, Stephen Hammond said: “The founding principle of the NHS is to treat everyone equally, yet women employed in the health service are still experiencing inequality.

“It’s disappointing to see that the numbers show that two thirds of senior medics are men despite more women starting training and it is essential we understand the underlying causes of the gender pay gap if we are to eradicate it from modern workplaces like the NHS.

“Senior doctors and managers have an important role to play in breaking down barriers and championing equality as role models or mentors so aspiring doctors know they are joining a health service that encourages more women to reach their full potential.”

Professor Dacre, former President of the Royal College of Physicians, was invited to chair the review, with the research being undertaken by Professor Carol Woodhams, an expert in gender pay, alongside a team of analysts and researchers from the University of Surrey.

The aim of the review is to identify the impact of cultural, practical and psychological issues that contribute to the gender pay gap in medicine. This is being achieved through in-depth analysis of anonymised pay data, evidence obtained from interviews conducted with medics at various career stages, and an online survey of 40,000 doctors.

In 2017 the Government Equalities Office introduced regulations which require large employers to publish their pay gap data. These regulations increase transparency, driving board level discussions and pushing employers to take real steps towards closing the gap.

The Government Equalities Office is also leading on work to support men and women with caring responsibilities through increased childcare entitlements, promoting flexible working, and delivering initiatives to support those returning to work.