The Sure Start programme has had a positive effect on children’s health, particularly those living in disadvantaged areas, according to a new report led by UCL and the Institute for Fiscal Studies (IFS). 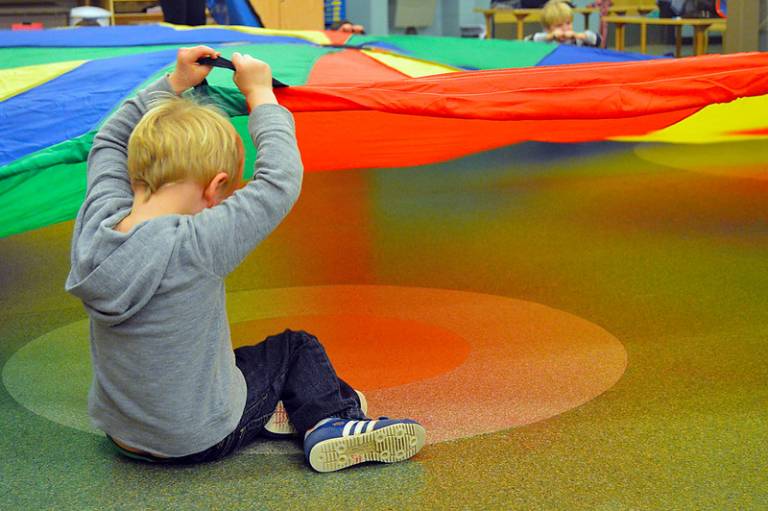 The report titled ‘The health effects of Sure Start’, funded by the Nuffield Foundation, is the first of its kind to evaluate the overall impact of the programme in England, between its inception in 1999 and its peak in the late 2000s.

Dr Gabriella Conti (Associate Professor of Economics at UCL and IFS Research Fellow), who led the study, said: “Access to Sure Start has had big benefits for children’s health during primary school. Relative to not having Sure Start, opening one centre for every thousand children prevents 5,500 hospital admissions of 11-year-olds each year. Since the benefits are biggest in the poorest neighbourhoods, access to Sure Start can help close around half the gap in hospitalisations between rich and poor areas.”

Sure Start is a Government funded programme that supports parents with children under five years old. First established 20 years ago, Sure Start provides a wide-range of education, health and childcare services designed to support children’s health and well-being, with the aim of 'giving children the best possible start in life.'

At its peak in 2009-2010 Sure Start accounted for £1.8 billion of public spending (in today’s prices). However, in the decade since, spending has been cut by two thirds and more than 500 centres have been closed.

Despite its rapid expansion and the subsequent cuts, evidence on the impact Sure Start has had on the health of children and their families has been relatively scarce.

The key report findings include:

With the governments’ newly commissioned work on early years’ services, as well as the upcoming Spending Review, this report comes at a crucial time in determining the future of the Sure Start programme.

The research provides strong evidence that the Sure Start model has worked better in poorer neighbourhoods, reducing health inequalities. Unpicking to what extent this is driven by choices individual centres make, or the characteristics of the families they serve, should be a top priority for future research into Sure Start.

IFS Research Economist Christine Farquharson said: “Sure Start has had a turbulent history, with a fast roll-out followed by deep spending cuts. But these decisions were not always based on thorough evidence about the programme’s impacts on children and their families. Ahead of the Spending Review, it’s crucial that both central government and local authorities use the best evidence available to decide on their vision for Sure Start as the programme turns 20. Our findings suggest that limited resources are best focused on the poorest areas.”