Enhancing cancer treatment is a “major priority” for the UK public, which also thinks that the NHS needs more resources to provide “excellent cancer care”, finds a new national survey led by UCL. 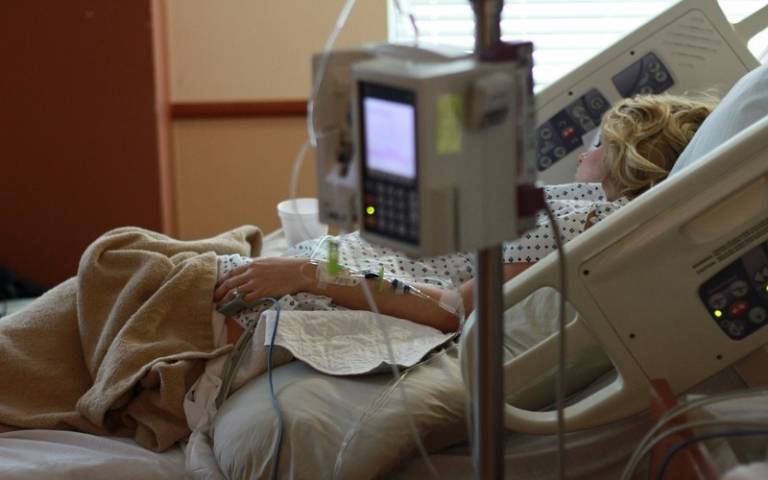 The study, British Public Attitudes towards Cancer Research and Treatment in 2019, found that half (49%) the population believe cancer is the disease group for which they most want better treatments for themselves and their families. In addition, 59% believe that stopping the suffering caused by cancer is one of the most important things society could achieve by 2050.

The survey also found that public support for a tax funded NHS available to all remains strong. While 77% support the concept of universal publicly funded health care, only 7% oppose it. However, 82% of British adults believe NHS professionals need more resources to provide excellent cancer care.

With the UK due to leave the EU on October 31st this year, the survey found only 14% think cancer research and care will improve after Brexit: 26% actively disagree and the remainder are uncertain.

The research is part of the UCL School of Pharmacy Cancer Policy Project. It was conducted online among a sample of 2,077 people aged 18 and over during April 2019.

“Despite the costs of some interventions, cancer care presently accounts for only 5-7% of the NHS budget and NHS anti-cancer medicine spending currently represents no more than 0.2% of GDP.

“At UCL and across the UK, scientists are leading pioneering research that will transform the outlook for adults here and around the world who are living with conditions like lung cancer and for both children and adults with diseases such as leukaemias and lymphomas.

“If we can work together across the public, private and charity sectors and keep good European and wider research links, the UK will be able to go on playing a global role in creating cost-effective anti-cancer treatments and ending the suffering caused by cancer in people of all ages, and in doing so help earn its living in a post-Brexit environment.”

Despite majority confidence in specialist NHS cancer care, the survey found just under a third of adults were concerned that the NHS would not consistently provide the most effective treatments if they, or members of their family, were to develop cancer, or fear that the NHS would provide poor care compared to the world’s best health care providers

Cancer presently remains a threat to children and young adults. But two in every three cancer deaths now occur amongst people aged 70 and over, 95% of whom believe they have as much right to good NHS cancer treatment as anyone else.

Other key findings include:

Despite growing concerns about the global impacts of cancer, 49% of the British population opposes the use of tax payers’ money to improve cancer care in poor countries. Only 18% agree with giving such aid. Regarding NHS drug costs, just over 1 person in 5 thinks that ‘the costs of anti-cancer drugs are bankrupting the NHS’. A similar proportion disagrees, while 3 adults in 5 do not feel able to say.

At a UCL Cancer Policy Project organised meeting in the House of Lords this week, sponsored by peers from all three main parties, Professor Mark Emberton, Dean of the UCL Faculty of Medical Sciences and Professor of Interventional Oncology at UCL, confirmed that the UK public should expect improved cancer care across the spectrum from prevention and early diagnosis through to surgery, radiography, immunotherapy and cell based treatment provision.

Following the report’s launch he said: “The future of cancer therapy will be defined by a quest for and refinement of treatment selectivity on the one hand and attempts to counter treatment resistance on the other.”

The proportion of the UK public (49%) who say cancer is the disease group from which they most want better protection for themselves and their families is twice the proportion naming Alzheimer’s disease and other dementias as their top priority for improved treatment. However, when asked about the serious disease consequences they as individuals most want to avoid half said ‘living in a confused state for years with little control over what happens to me’, three times the proportions saying that they most want to avoid either death or having to live with chronic pain.

In explaining this apparent conflict the report notes that as people age many do not want to burden relatives and exhaust their families’ resources by having to pay for long term ‘social’ care. At the same time they also want their children’s and grandchildren’s lives to be protected by better cancer care.

Commenting on the report, Emlyn Samuel, Head of Policy at Cancer Research UK, said: “Despite progress, UK cancer survival lags behind other countries and the number of people getting cancer is growing - by 2035 one person will be diagnosed with cancer every minute.

“Early diagnosis is crucial to improving patients’ chances of survival, but NHS staff shortages are impeding our ability to meet demand and introduce new technologies effectively.

“The Government must invest to resolve staff shortages now and in the long term, or it will be impossible to meet its ambition to diagnose three in four cancers at an early stage by 2028.

“Research and innovation has been at the heart of improvements for patients. As the UK prepares to leave the European Union, it is essential that patients and our world-leading life sciences environment are not harmed.”

Professor Sean Duffy, former National Clinical Director for Cancer at NHS England, said: "Curing more cancers means diagnosing them early, this remains our challenge today and for the foreseeable future. Having the ability to act swiftly to diagnose people with symptoms should be our greatest priority."