Experience as a Property of Individual Cells

This website is devoted to a conjecture about the nature of human conscious experience that has evolved since 2002. The aim has been to find an account that is consistent with both empirical neuroscience and mainstream basic physics and that also addresses the paradoxes raised in the philosophical literature. The central proposal is that what we think of as our human experiences are events, or what AN Whitehead called 'actual occasions' in individual cells, not networks of cells or brains. There are many such events, each in one of many cells, at any one time. This proposal is so unfamiliar to many people that they find it hard to make sense of, yet its roots are almost as old as neuroscience. It seems to be at odds with what we know, but is not. It may resolve a number of the most difficult problems in the field.

The critical arguments are at one level little more than common sense; an experience cannot be made up of many simultaneous events in separate places. At a deeper level they relate to the need for local causal interaction in an account consistent with physics. Views on the requirements for locality have changed over the last 300 years but at least since Descartes have been seen as problematic for an account of experience. In 1890 William James claimed a local physical account to be impossible, for reasons perhaps too often ignored by neuroscience. Recent developments may at last provide a way of explaining how fundamental interactions can be indivisible, yet involve richly complex patterns, as our experiences seem to. The suggestion is that our experiences can be considered in much the same physical terms as reflection of light by a mirror or the growth of a symmetrical ice crystal, in which fundamental level events involve quite large 'objects' directly. As Whitehead indicated, a human occasion of experience may both involve exceptional ordered complexity locally, and benefit from an input based on the sophisticated computational powers of billions of neighbouring neurons, but the underlying physical principles are the same as for familiar external events.

On the left hand side of the site are pointers to a range of documents, some short, some long, dealing with different aspects of the theory at different levels, for the visitor to browse through. 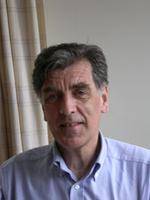