Funding awarded to explore mysteries of the universe 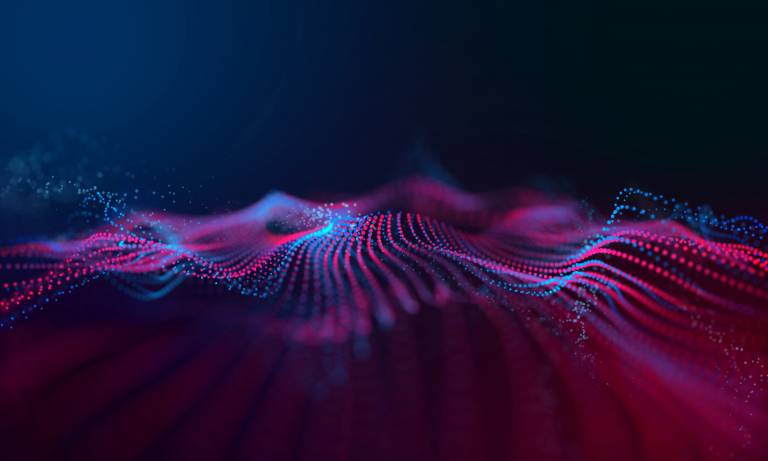 Seventeen new UKRI funded projects will tackle fundamental research questions with quantum technology, from the exploration of antimatter gravity to dark matter detection. Four of the new projects are led or co-led by UCL researchers.

UK Research and Innovation is investing £6 million towards that endeavour and in support of its existing Quantum Technologies for Fundamental Physics programme. Seventeen new projects across the UK will tackle fundamental research questions with quantum technology, from the exploration of antimatter gravity to dark matter detection.

The programme receives joint funding from the Science and Technology Facilities Council (STFC) and the Engineering and Physical Sciences Research Council (EPSRC). The grants encourage high-risk discovery and aim to demonstrate how quantum tech can solve long-standing questions in fundamental physics.

According to our current understanding of physics (embodied by the Standard Model of particle physics), we should not exist! Our solar system, the Milky Way Galaxy, and the entire observable Universe seem to be composed only of matter. The Standard Model insists that when energy was converted to matter after the Big Bang, an equal amount of antimatter should also have been created. This idea, which is based on deep symmetries, is not consistent with the matter-dominated Universe in which we seem to exist. In order to explain this, it is important to test the properties of antimatter in all possible ways, looking for a small crack in the matter-antimatter symmetry.

This project aims to develop new dark matter detectors based on two different types of levitated quantum optomechanical sensors. These sensors, which detect interactions between dark matter and the sensor mass, are capable of resolving interactions in three dimensions allowing directional dark matter searches. As these quantum limited sensors can be cooled to ultracold temperatures and isolated in vacuum, they promise to significantly extend existing bounds on both composite dark matter and ultra-light dark matter.

Dark matter is the undiscovered matter in galaxies, which has never been detected directly but that we know exists because we can see how it exerts a gravitational force. One leading hypothesis is that dark matter consists of an undiscovered particle called the axion. In this hypothesis, enormous numbers of axions formed shortly after the big bang, have collected in galaxies, and are now passing through our labs (and through us) at a rate of many trillions of particles per second. The ParaPara team will develop new types of ultra-low-noise quantum electronics to underpin the search for these hitherto undetected particles. By exploiting the 'quantum paraelectric effect', the ParaPara team hope to develop amplifiers which can operate in the high magnetic fields found in a wide range of applications. As well as for dark matter searches, these amplifiers could have applications in quantum computing and microscopy.

UCL and the University of Warwick aims to answer a fundamental question of quantum physics, by attempting to make a diamond exist in a superposition of two places at once. The ambitious experiment may one-day lead to a long sought-after test of the quantum nature of gravity, through a method that was pioneered in a joint work by a team of researchers from UCL, Warwick and a several other universities.