Quantum Motion Technologies, a UK based quantum computing company founded on world leading silicon spin technology and architectures developed at UCL and the University of Oxford, today announced it has completed an £8m series A round of investment.

The funding was led by INKEF capital, a Dutch based venture capital company. The round was supported by Octopus Ventures and the National Security Strategic Investment Fund (NSSIF) as well as existing investors Oxford Sciences Innovation, Parkwalk Advisors and IP Group plc.

Quantum computers promise to solve some of the most challenging computational problems, such as revolutionising communications and the search for new materials, chemicals and medicines.

However, to tackle the most demanding computational simulations, it is thought that a large-scale fault-tolerant quantum computer might ultimately require 10 million quantum bits (qubits)- a much larger number than current technology can support.

Professor Morton says: “Silicon electronics has already transformed our society over the past decades, and it has huge potential to deliver the scalable platform that can realise the most profound impacts of quantum computing. We're very excited to be working with a dream-team of well-aligned investors to achieve this goal.” 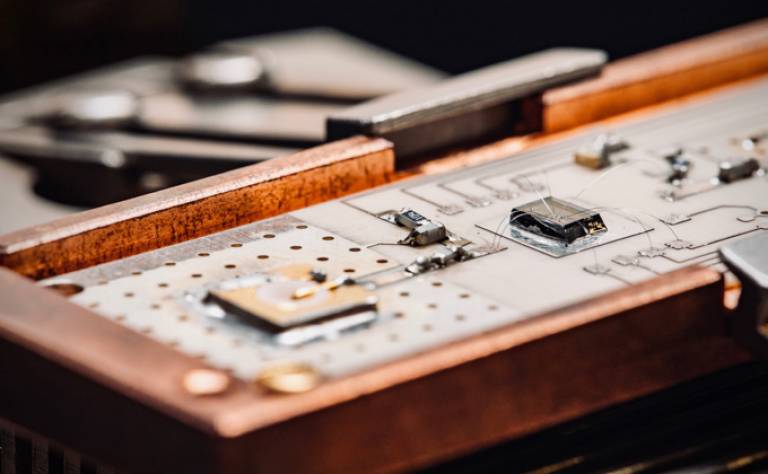 CMOS fabrication is already used to manufacture the processors in smartphones and computers where millions of bits are used in computation. Using CMOS for quantum computing will lead to a reduction of the production cost and facilitate commercialisation at scale in the future.

Robert Jan Galema, Managing Partner at INKEF capital, said: “The microprocessor only really took off when scalable production hit, and complexity, price and size could be reduced. As such, it is no surprise that a lot of learnings and technology behind the silicon microchip can be leveraged for building a scalable quantum computer that is not the size of a football stadium. The Quantum Motion Technologies team is uniquely positioned to build such a qubit architecture, based in silicon.”