The UCL Policy Commission on Communicating Climate Science (CCSPC) II, chaired by Professor Chris Rapley (UCL Earth Sciences), comprises a cross-disciplinary project group of researchers from psychology, neuroscience, science and technology studies, earth sciences and energy research. This is the phase two of the Commission and contunue to examine the challenges faced in communicating climate science effectively to policymakers and the public, and the role of climate scientists in communication. 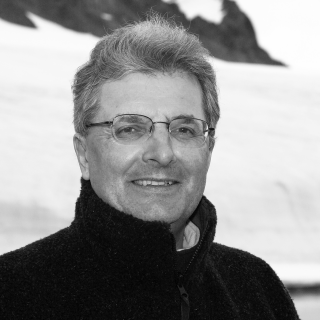 Chris Rapley is a Professor of Climate Science at University College London. He is a Fellow of St Edmund's College Cambridge, a member of the Academia Europaea, a Patron of the Surrey Climate Commission, and a member of the Science Museum’s Science Advisory Board.  His previous posts include Director of the Science Museum, Director of the British Antarctic Survey, Chairman of the London Climate Change Partnership, President of the Scientific Committee on Antarctic Research, Executive Director of the International Geosphere-Biosphere Programme, and founder and Head of UCL's Earth Remote Sensing Group.

His current interests are in the role of climate scientists in society and the communication of climate science. In 2014 Prof Rapley and the playwright Duncan Macmillan wrote the acclaimed play ‘2071’. More recently Prof Rapley was the Science Consultant on BBC1’s ‘Climate Change – The Facts’ presented by Sir David Attenborough. In 2003 Prof Rapley was appointed CBE by Her Majesty the Queen. In 2008 he was awarded the Edinburgh Science Medal for having made 'a significant contribution to the understanding and wellbeing of humanity'. 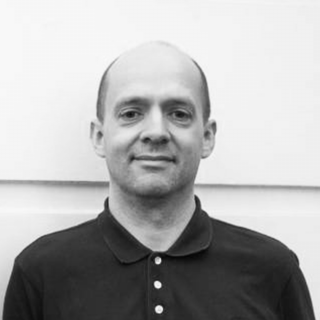 Dr Kris De Meyer is a neuroscientist and science communicator at King's College London. He specialises in the neuroscience of how people become entrenched in their beliefs, how this leads to polarisation in society, and how to overcome this. Kris works with climate scientists and policymakers to support them in communicating constructively about climate change.

He produced documentary Right Between Your Ears (exploring the neuroscience and psychology of entrenched views) and co-created The Justice Syndicate - half theatre play, half psychology experiment - which looks at how we make decisions - individually and in groups. Kris speaks regularly on radio and television about the “brain facts” behind post-truth and why fake news can be so believable, and recently did a TEDx talk on the rise of polarisation in society.

Andrew studied climatology before becoming a management consultant. In 2008, he co-founded IBM’s Climate Change Centre of Expertise (CCCoE) where he worked with corporate clients to explore responses to business and supply chain risk, presenting at COP14. In 2012, Andrew founded ProReal Ltd which designed a 3D avatar technology for communications skills and reflective practice. He is an active member of UCL’s Policy Commission on the Communication of Climate Science and a co-founder of the CAU. In this role, he has designed and facilitated events with early career scientists, Executive coaches and organisational change facilitators. 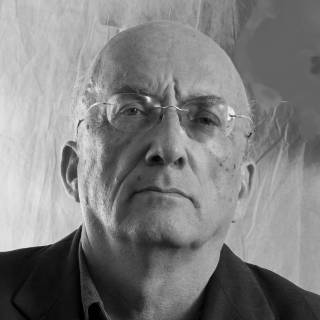 Peter has worked on climate change since the early 2000s. He established the organisation TippingPoint: a facilitator of dialogue between the climate science and arts worlds. From its core programme at the University of Oxford, TippingPoint expanded to working in five continents with over two thousand artists, leading to numerous pieces of work and arts-science collaborations. In addition the organisation commissioned 15 pieces of performative work and a dozen written pieces. Peter also runs the Time and Tide Bell project, which will install 16 large specially designed bronze bells, at locations round the coast of the UK, ringing through the action of the waves at high tide.  The bells provide an insistent, poetic, reminder of rising sea levels. 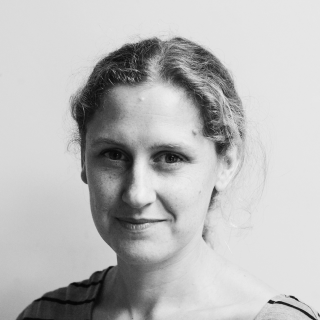 Hannah is an Associate Professor of Anthropology at UCL and since 2011 she has been researching the everyday work of urban planning and governance in the face of climate change. Her work straddles environmental anthropology and the ethnographic study of technology and infrastructure - an apposite combination for understanding the infrastructural and socio-technical nature of the challenges that climate change poses. She has published widely in anthropology and social science journals and her new book Thinking like a Climate: Governing a City in Times of Environmental Change is due to be published in 2020 with Duke University Press. 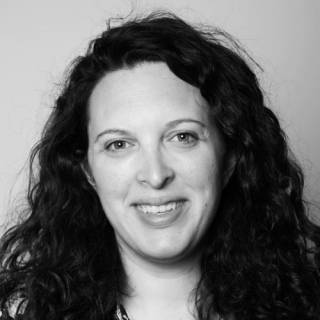 Lucy Hubble-Rose is an expert facilitator involved in the design and delivery of many of the coproduction projects run by this Policy Comission. She obtained a PhD in cultural geography and climate change engagement from Exeter University and a Masters in Climate Science from the University of East Anglia. In addition to working with the commission, Lucy runs a creative design agency and is a facilitator and project manager in the rail industry. Freya works in research support at UCL and provides administrative assistance to the CCSPCII and its projects. Freya is particularly passionate about climate science and finding impactful solutions to address the climate crisis. Prior to joining UCL, Freya worked as a climate science researcher & writer for the website Carbon Brief. She is a graduate of the University of Southampton where she studied global climate change as the focus of a degree in Environmental Sciences. Freya is also a STEM ambassador and works as a freelance researcher for environmental websites/blogs. She is highly commended by UCL for her outstanding commitment to sustainability. 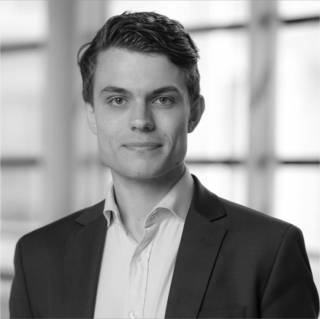 Luke Bevan is a doctoral researcher in UCL Department of Science, Technology, Engineering and Public Policy (STEaPP). Luke’s doctoral research concerns the conceptualisation of uncertainty in climate and energy systems modelling. His research is underpinned by an interest in the interface between science and its application to real-world problems. His undergraduate degree is in Physics, from Balliol College, Oxford University, and he holds and MSc in Sustainable Energy Futures from Imperial College London. Prior to coming to STEaPP Luke was working as Research Manager in the Centre for Climate Finance and Investment (CCFI) at Imperial College Business School. He has also worked at the Grantham Institute, Imperial College London and as an Energy Industry Analyst. Nick Comer-Calder worked in the BBC’s Continuing Education Department then joined the fledgling Discovery Channel where he became Head of Programming and then Senior Vice President of Discovery Networks Europe. After leaving Discovery Nick became an Associate Fellow of the Institute for Public Policy Research where he initiated the IPPR’s Media Leaders and Climate Change Initiative which convened a series of senior level round table meeting to discuss media responses to climate change. Nick set up The Climate Media Net to actively encourage the development of popular media content which touched on climate change. 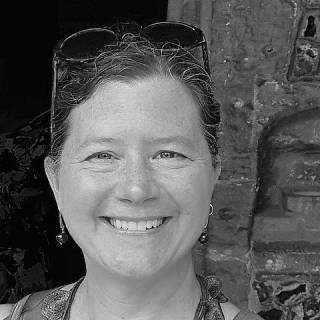 Katy Janda is a Principal Research Fellow in the Energy Institute at UCL’s Bartlett School of Environment, Energy and Resources.  She investigates energy demand from a socio-technical perspective, focusing on technological innovation, organisational decision-making, and energy policy. She leads research on story-telling, change from the middle-out, and the role of professions in the built environment.  She has held academic positions at the Environmental Change Institute at the University of Oxford; Lawrence Berkeley National Laboratory (California); the U.S. Environmental Protection Agency (Washington D.C.); and Oberlin College (Ohio).  She received university degrees in electrical engineering and English literature from Brown University, and her MSc and PhD are in energy and resources from the University of California at Berkeley. 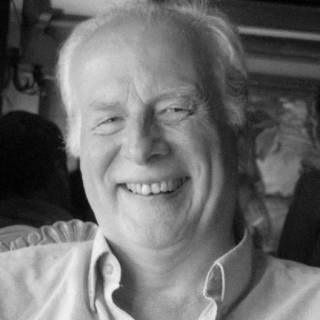 Dan Osborn is Professor of Human Ecology at UCL, Earth Sciences. He was co-lead of the chapter on people and the built environment for the evidence report for the 2nd UK Climate Change Risk Assessment. He has worked on many types of environmental risk assessment involving the way human activity impinges on the environment. This includes work on UK and European regulatory regimes and research in many different parts of the environment. 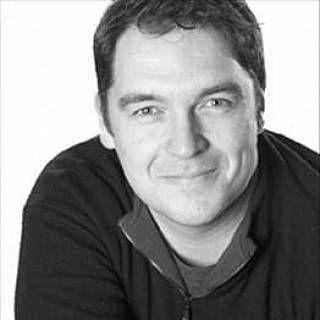 James is Founder and CEO of Trillium Technologies - a specialist technology consultancy in the application of emerging technologies to grand challenges such as climate change, deforestation mitigation, climate resilience and planetary defence from asteroids. James is also Founder of Frontier Development Lab (FDL) Europe - an applied artifical intelligence research lab with the European Space Agency and Oxford University. 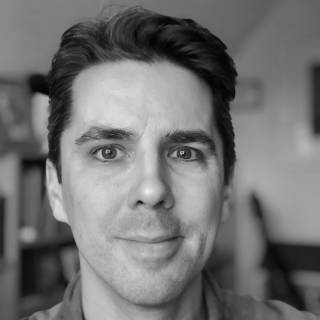 Dr James Paskins is the Deputy Director for the UCL Grand Challenges Programme, a programme which encourages cross-disciplinary engagement with complex societal issues. He studied Psychology at Westminster University and holds a PhD from University College London. He is a member of the British Psychological Society and a Fellow of the Royal Society of Arts. 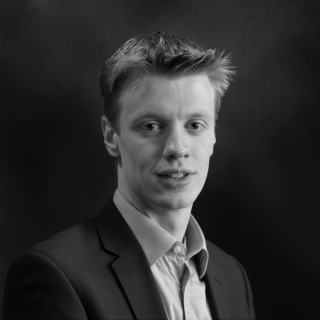 Joshua Powell CF is a doctoral researcher in the Institute of Zoology (IoZ) at the Zoological Society of London (ZSL) and the Department of Geography at University College London (UCL), on the London NERC DTP. Josh is interested in the impact of climate change on wildlife populations and global biodiversity. He holds a Master of Environmental Studies (MES) from the University of Pennsylvania, where he was a Thouron Scholar from the UK. Josh was formerly a policy advisor for the Department for Environment, Food & Rural Affairs (Defra) and he currently serves as an advisor for the Queen's Commonwealth Trust (QCT) on environment and society. He is a National Geographic Explorer and a presenter for WWF's #WWFVoices campaign on global biodiversity, reporting on the impacts of climate change from the world's polar regions. 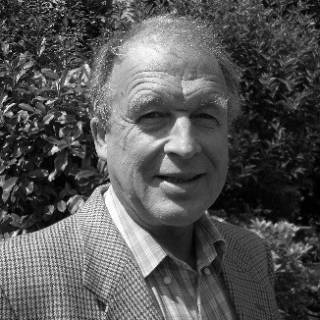 Tim Reeder is a thought-leader and practitioner in strengthening decision making for uncertain climate futures. He pioneered the Adaptation Pathways approach to sea level rise as Project Scientist for the Thames Estuary 2100 Project. He now advises on use of the Adaptation Pathways approach in Europe, USA, Australia, Central Asia and Africa. Tim also led the development of a proactive low head hydropower policy for the Thames and oversaw the installation of a hydropower scheme which now powers Windsor Castle. He is a contributing author to the IPCC 4th assessment report, the UKCP09 projections report and the second UK Climate Change Risk Assessment report. He is also Advisor to the London Climate Change Partnership, which he helped set up. Tim has written several papers on climate change uncertainty and decision making and continues to contribute to climate change practice and policy world-wide. 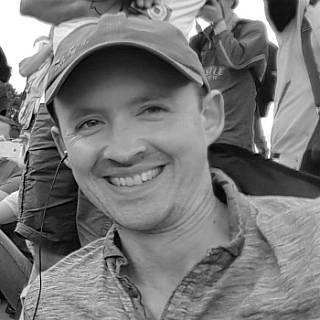 Simon Sharpe is Deputy Director for Policy Campaigns at the Cabinet Office COP26 Unit.  He has previously worked as head of private office to the energy minister, as policy lead on clean growth in the UK industrial strategy, and as head of climate change strategy at the Foreign and Commonwealth Office in the run-up to the Paris Agreement.  He spent ten years in diplomacy, with postings in China and India.  He recently co-authored the report 'Accelerating the low carbon transition: the case for stronger, more targeted and coordinated international action', and previously produced the report 'Climate change: a risk assessment'. 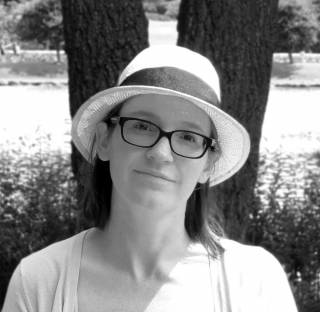 Katherine is Head of External Engagement and Partnerships at the Office of the Vice Provost Research (OVPR), supporting UCL researchers and academics to connect their work with strategic partners across academia, policy, third sector and professional organisations. With a passion for addressing the climate crisis, Katherine is working with the commission to shape activities and outputs to inform the knowledge and evidence base of a wide range of policy professionals. 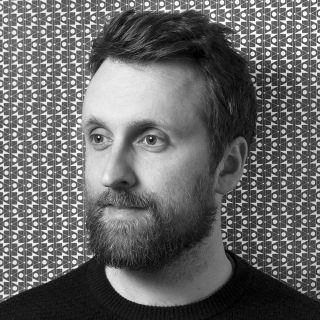 Dr Matthew Winning is a Research Associate at the UCL Institute for Sustainable Resources. He provides economic analysis, macroeconomic modelling and energy system modelling on the subjects of climate policy, green growth, the circular economy, and low-carbon transitions. He undertook his PhD in the Fraser of Allander Institute at the University of Strathclyde. Matthew is also involved in Public Engagement activities on communicating climate change including being a member of the UCL Policy Commission on Communicating Climate Science. He has performed three different comedy shows at the Edinburgh Festival Fringe about climate change. He has appeared on BBC Scotland, BBC Three, Sky News, Dave, BBC Radio Scotland, The Now Show on BBC Radio 4, BBC London, and written pieces for Guardian, Metro, Scotsman, and Sunday Post.