David Tuckett trained in Economics, Medical Sociology and Psychoanalysis and held previous positions at the Middlesex Hospital Medical School and Bedford College (University of London) and Cambridge University. He is a Fellow of the Institute of Psychoanalysis (London) and has worked part-time in psychoanalytic clinical practice since 1977. He is currently Director of the UCL Centre for the Study of Decision-Making Uncertainty, Principal Investigator for the CRUISSE network (Confronting Radical Uncertainty in Science, Society and the Environment), and a Senior Research Fellow with the place-based renewal team at the Blavatnik School of Government of Oxford University. His research work, attempting to integrate insights psychoanalysis, sociology, cognitive psychology and economics, covers Economic and Financial Decision-Making, Psychoanalysis and Medical Sociology.

In 1999 David Tuckett began to try to integrate thinking from sociology, psychoanalysis and economics to study the Dotcom Bubble and Crash and subsequently, via a Leverhulme Research fellowship at UCL in 2006, the financial market more generally. Supported by the Institute of New Economic Thinking, he then began collaborating with colleagues in economics, finance, psychology, social anthropology, business organization, computer science and neuroscience to develop a new approach to modelling the micro foundations of economic behaviour under uncertainty – now set out as Conviction narrative theory (CNT). Insights from CNT have proved useful to assess future developments within organizations or the economy as a whole and to detect signs of emerging risk. Since 2011 work has been presented at the Bank of England, the Centre for Central Banking, the European Central Bank, the Financial Conduct Authority, the OECD and the Institute of New Economic Thinking, the World Economic Forum, the Global Economic Symposium, the International Organization of Securities Commissions (IOSCO), the Joint Research Committee of the European Union, the European Political Strategy Centre, the US Office of Financial Research, the US Federal Reserve and the Securities and Exchange Commission of Brazil. Since 2018, he has been working with Professor Sir Paul Collier and a team at the Blavatnik School in Oxford on ways to use understanding of the role of “conviction narratives” to re-set economic regions stuck in low wage, low productivity equilibria.

In the 1970’s David Tuckett initiated some of the first teaching in psychology and sociology for UK medical students. As Director of the Health Education Studies Unit at Cambridge he then led a research team studying communication between doctors and patients in over 400 primary care consultations developing the concept of explanatory models to explain success and failure. 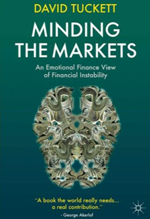 The 2008 financial crisis showed that human emotion has a critical impact on financial markets. Until now, economic theories have failed to take this into account. 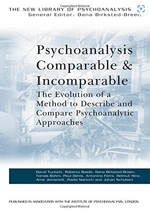 Psychoanalysis Comparable & Incomparable:
The Evolution of a Method to Describe and Compare Psychoanalytic Approaches